It was also found that patients in the MultiStem treatment group achieved higher ventilator-free (VF) days and ICU-free days compared to the patients in the placebo group. 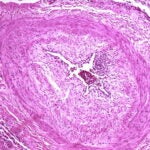 The product is the first therapy under a research collaboration formed by CRISPR and Vertex in 2015 to use CRISPR/Cas9 for developing new treatments targeting underlying genetic causes of disease.

Biogen and Eisai scrapped the Phase III ENGAGE and EMERGE clinical trials evaluating aducanumab for the treatment of mild cognitive impairment due to Alzheimer’s disease, and mild Alzheimer’s dementia.

The move came after a futility analysis by an independent data monitoring committee revealed that the trials were not likely to meet their primary endpoint upon completion.

Biogen and Eisai noted that the decision was not based on safety concerns with the drug.

In the STELLAR-3 trial, the drug did not meet the primary endpoint of a ≥1-stage histologic improvement in fibrosis without worsening NASH at week 48.

Developed to treat adults with severe haemophilia A, the drug secured breakthrough therapy designation from the US Food and Drug Administration (FDA) and priority medicines (PRIME) access from the European Medicines Agency (EMA).

The therapeutic also received orphan drug designation from both regulators.

In March this year, the FDA placed a clinical hold on all trials evaluating venetoclax following a review of data from the Phase III BELLINI trial in relapsed / refractory multiple myeloma.

Venetoclax is being developed by AbbVie and Roche.

AbbVie said that a higher proportion of deaths were observed in the venetoclax arm of the study when compared to the control arm.

A study in the US found that less than 8% of oncology clinical trials over the past decade featured participants from the country’s major races.

Data from cancer drug trials between 2008 and 2018, which comprised a total of 112,293 subjects across 230 studies, revealed a lack of racial and ethnic diversity.

Amgen reported additional results from the Phase I clinical trial of its investigational cancer drug AMG 510, which irreversibly targets the KRASG12C protein.

The open-label, multi-centre study involved patients with KRAS G12C-mutated solid tumours who previously received a minimum of two or more lines of therapy.

The Phase III programme of gepotidacin comprises EAGLE-1 and EAGLE-2 trials. Dosing of patients in the programme has already been commenced.

Alunbrig is a selective tyrosine kinase inhibitor (TKI) of the ALK fusion protein in NSCLC. The ALTA-1L trial assessed the drug in 275 adult patients who did not receive previous treatment with an ALK inhibitor.

Risk of disease progression or death decreased by 76% with Takeda’s drug compared to crizotinib in newly diagnosed participants whose cancer had spread to the brain at baseline.