Johnson & Johnson’s Janssen division has decided to halt the Phase II–III EARLY clinical trial (NCT02569398) of its Alzheimer’s disease (AD) candidate atabacestat (JNJ-54861911), a Beta-Secretase (BACE) inhibitor, due to safety issues surrounding the drug rather than concerns about the drug’s efficacy.

According to Janssen, an elevation of liver enzymes was found in patients who received atabecestat. Specifically, a press release from Janssen stated that “After a thorough evaluation of all available liver safety data from our studies, Janssen has concluded that the benefit-risk ratio is no longer favorable to continue development of atabecestat for people who have late-onset preclinical-stage Alzheimer’s disease.”

BACE1 drugs interrupt the process that creates amyloid beta, which forms and causes plaques in AD patients. As other amyloid beta drugs such as solanezumab and bapineuzumab faced repeated failures, manufacturers in the field turned increasingly to BACE therapies, as they thought that an alternative mechanism might slow down the progress of AD. 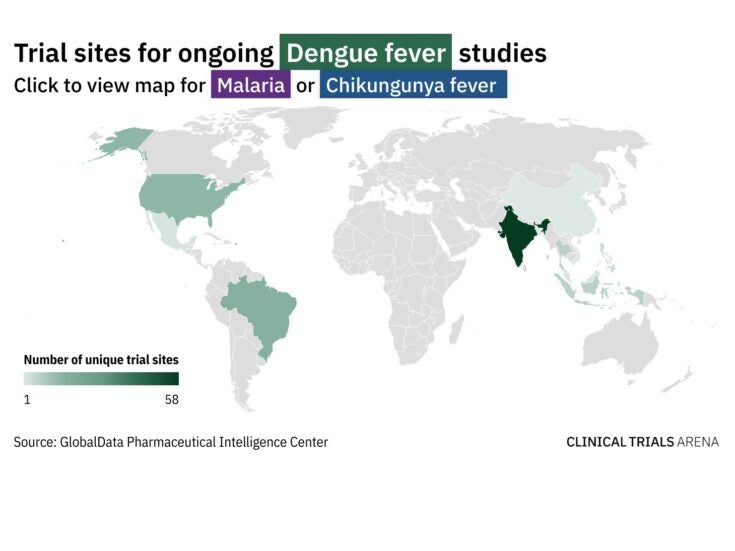 Key opinion leaders (KOLs) interviewed by GlobalData in the report titled PharmaPoint: Alzheimer’s disease – Global Drug Forecast and Market Analysis to 2026 had mixed opinions about BACE inhibitors, although they were excited about the introduction of a novel mechanism of action to the AD market. Specifically, they expressed their concerns about targeting early AD patients in trials investigating BACE inhibitors, as there is mounting evidence that BACE inhibitors only work in the presymptomatic population.

One KOL stated: “I don’t feel convinced that interfering with BACE in symptomatic Alzheimer’s disease patients is going to be good enough.  One thing that worries me is that even if these are potent in inhibiting their target, they won’t reduce A-beta monomer sufficiently to really alter the disease course, so I’m pessimistic about all of the class.”

Janssen is one of latest pharma companies to fail in the development of drugs for AD. Even though many drug developers are still continuing work on developing treatments for AD, it seems as though news about another failed AD clinical trial emerges every month.

In early 2018, Pfizer announced the termination of all research and funding into drugs for AD and Parkinson’s disease. In February 2018, Merck & Co. abandoned the Phase III trial of its BACE1 inhibitor, verubecestat, in AD as the drug was unlikely to show a positive risk/benefit according to the external Data Monitoring Committee (eDMC).

Furthermore, there is an increased risk of failure associated with another BACE drug, AstraZeneca/Eli Lilly’s lanabecestat (AZD3292), due to atabacestat’s failure. Lanabecestat is in a Phase III clinical trial and received Fast Track designation from the FDA in 2016. The two big pharma companies are anxious to receive the results of the Phase III study, which are due in September 2019, as the latest failure from Janssen’s drug has cast doubts on the theory of how BACE inhibitors will perform in AD.

No new drug for Alzheimer’s has been approved in the past 16 years, despite more than 400 clinical trials and billions of dollars being spent in an attempt to tackle the disease. The pipeline has been characterized by big failures, as AD drug development is considered to have the highest failure rates of all indications, even more than cancer drugs.

Few key drugmakers have already stopped their research into AD, and all of these setbacks and failures may disincentivize pharma companies to produce new drugs, as Alzheimer’s market is very risky. However, if a company can develop and launch a drug in this market, the rewards will be huge; such a drug would doubtlessly be a big seller due to the high unmet needs and increasing aging population in the AD space.