In July, one of China’s largest vaccine makers, Changchun Changsheng Biotechnology, was exposed for selling and distributing hundreds of thousands of faulty vaccines for children. As this news spreads though the country, Chinese authorities are struggling to deal with the anger and outrage of parents who are losing faith in the country’s health care system after numerous failings in medicine and food safety standards in recent years.

Many parents are looking for safer ways to vaccinate their children, including traveling to Hong Kong and Macao to receive foreign-made vaccines. Although this seems to be an opportunity for foreign vaccine makers, companies may run into difficulties both with the state-controlled drug approval system, which operates under the Chinese two-category vaccination plan, and with understanding culturally-specific drivers of vaccine-hesitation.

The Chinese childhood vaccination market is sizable. In 2018, there are an estimated 16.7 million newborns in China, about four times as many as the U.S. With the new relaxed birth control policies that allow at least two children for families, this market is expected to increase in the future. However, this is also a hard market for companies to enter and stay in. Historically, China has required clinical trials to be conducted in China before a drug can be approved for use. Reforms in the Chinese Food and Drug Administration (CFDA) in 2017 have removed that requirement and will make it easier for companies to receive approval for their drugs.

However, pharmaceutical companies are still required to maintain drug import licenses in China, which need to be renewed every five years. Pfizer faced this issue when its Prevenar 7 (pneumococcal 7-valent conjugate), the only pneumococcal vaccine available in China at that time, was up for license renewal in 2015. The government did not approve the renewal, resulting in Pfizer abruptly ceasing their vaccine sales in China and prompting significant changes in the company’s operations, as well as leading to a shortage of the vaccine for Chinese children. Pfizer did not comment on why its license was not renewed, but the Beijing-based finance magazine CaiJin reported on an anonymous source who suggested that the license was not renewed in order to give domestic pneumococcal vaccine development more time free from competition. 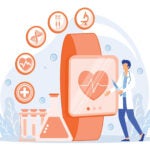 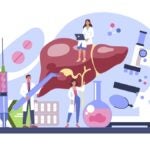 Analysis
Beyond biopsy: how noninvasive NASH tests can move the needle

A Roadblock for Foreign Vaccine Makers

The Chinese government’s vaccination system can make operations difficult for vaccines that are currently available in the market. Vaccines in China are grouped into two categories. Category 1 vaccines, such as measles and hepatitis vaccines, are mandatory and administered free of charge. The majority of category 1 vaccines are made by Chinese domestic companies. Category 2 vaccines are voluntary, for-profit vaccines, including varicella, pneumonia, and human papillomavirus (HPV) vaccines. Most foreign-made vaccines are in category 2.

A major roadblock foreign vaccine makers have to overcome in this two-category vaccination system is how to price vaccines to make them affordable for Chinese parents while also generating revenue. Another implication of this two-category vaccination system is that it affects how parents perceive the importance and even the morality of category 2 vaccines. A study published in BioMed Central (BMC) that was conducted by Sun and colleagues in Shanghai to understand Chinese parents’ vaccine decision-making found that some parents believe children should only get mandatory vaccines, while some others believe for-fee vaccines are a conflict of interest for immunization clinics.

One interesting factor that Chinese parents take into account when considering whether to vaccine a child is their “physical constitution,” or tizhi, in Chinese. This belief is derived from traditional Chinese medicine concepts and can seem quite abstract to the non-Chinese. It is believed that one’s physical constitution can be changed by nutrition and other factors, and may be improved on if one contracts a disease naturally as opposed to having it prevented by vaccines.

About one-third of the parents surveyed in the Shanghai study agreed to the statement, “Contracting a disease is mediated by an individual’s physical constitution.” These parents’ decision to vaccinate is dependent on their perception of how their children will react to the disease or the vaccine according to their individual tizhi. Marketing of optional vaccines would benefit from taking this cultural belief into consideration.

A few recent wins in the HPV vaccine space for foreign manufacturers offer a look at what can be gained in the Chinese childhood vaccine market. GlaxoSmithKline’s (GSK’s) HPV vaccine Cervarix (HPV bivalent [types 16 and 18] vaccine, recombinant) had 65 percent Annual Equivalent Rate (AER) in 2017 compared with 2016, increasing in sales from £81M ($106M) to £134M ($175M), which the company attributed solely to its launch in China. In April of this year, Merck’s Gardasil 9 (HPV 9-valent vaccine, recombinant) took advantage of the new regulatory reforms and received conditional approval just nine days into its review. China’s recent vaccine scandal may give foreign pharmaceutical manufacturers a chance to claim a larger market share in China by answering Chinese parents’ legitimate concerns over domestic vaccine safety issues.