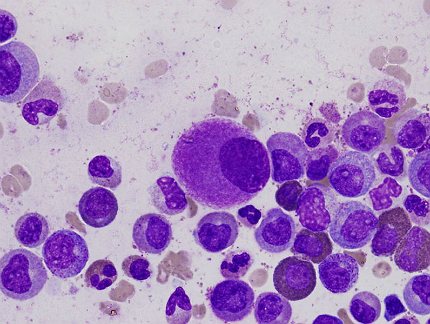 The company hopes to win approval for Contrave to manage obesity, including weight loss and maintenance of weight loss, in combination with lifestyle modification.

The company expects to make Contrave available to physicians and their patients in Europe in early 2015, subject to completion of the review process and potential approval in the second half of 2014.

Xencor has dosed the first patient in the Phase IIa, part of its ongoing Phase Ib/IIa clinical trial of XmAb5871 for rheumatoid arthritis, an autoimmune disease.

The Phase IIa trial will assess biweekly doses of XmAb5871 in around 30 rheumatoid arthritis patients with active disease on stable non-biologic DMARD therapy.

XmAb5871 is the first in a new class of therapeutic antibodies that target the Fc?RIIb pathway in B cells, with the potential to suppress autoimmune disorders but devoid of any side effects caused by B cell depletion.

Omeros Corporation (OMER) announced that its new drug application (NDA) for OMS302, an ophthalmology product, has been accepted for filing by the FDA and its marketing authorisation application (MAA) for the same has been validated by the European Medicines Agency (EMA).

According to the company, the NDA application submitted in July is complete to permit a substantive review.

In addition, the EMA validation of the MAA for OMS302 confirms that the submission package is complete and is ready for formal review by Europe’s Committee for Medicinal Products for Human Use (CHMP).

Takeda Pharmaceutical (Takeda) has reported that results from a Phase I/II clinical study of its intramuscular bivalent (GI/GII) norovirus vaccine candidate showed that the vaccination has resulted in a reduction of symptoms, caused by experimental exposure to the most common strain of norovirus, genotype GII.4.

The Phase I/II clinical study showed that two doses of the experimental bivalent norovirus were well tolerated, and that the candidate vaccine had a clinically relevant impact on the incidence of norovirus illness after challenge and also the severity in breakthrough cases.

In addition to meeting the primary endpoint, the multicentre, double-blind, randomised, placebo-controlled, two-way cross-over study of Lyrica showed reduction in fibromyalgia pain in patients who were treated concurrently with antidepressant therapy for co-morbid depression.

The company said the painful DPN study did not meet its co-primary endpoints by reducing DPN pain and DPN pain on walking, compared with placebo.

US-based biopharmaceutical firm Insmed has completed patient enrolment in its randomised, placebo-controlled Phase II clinical trial of Arikace, or liposomal amikacin for inhalation, for treatment of adult patients with recalcitrant nontuberculous mycobacterial (NTM) lung disease in the US and Canada.

Patients who have been on the American Thoracic Society/Infectious Disease Society of America (ATS/IDSA) guideline therapy for at least six months before screening with persistently positive mycobacterial culture are eligible for taking part in the trial.

All patients continuing with their antibiotic regimen were given Arikace or placebo once daily using an optimised, investigational eFlow Nebulizer System (PARI Pharma GmbH).

The study demonstrated that in 18 months of follow-up, 444 cases of clinical malaria were prevented for every 1,000 infants vaccinated.

Based on the data secured from the trial, the British firm plans to submit a regulatory application to the European Medicines Agency (EMA) in 2014 on the safety, efficacy and quality of RTS,S.

The ‘SELumetinib Evaluation as Combination Therapy-1’ (SELECT-1) study is intended to assess the safety and efficacy of selumetinib plus docetaxel to treat patients who are KRAS mutation-positive, a sub-type of lung cancer related with poor prognosis and limited treatment options.

The US Food and Drug Administration (FDA) and ARIAD have agreed to stop the trial because arterial thrombotic events were observed in patients treated with the drug. A decision to terminate the trial was made in view of patient safety and is based on a recent assessment of data in the clinical trial.

Israel-based D-Pharm has received approval from the regulatory authorities in the Ukraine to start a Phase IIa clinical trial of THR-18, a synthetic therapeutic peptide derived from plasminogen activator inhibitor-1 (PAI-1).

THR-18 is indicated to be given with the clot buster drug tissue plasminogen activator (tPA) in patients with acute ischemic stroke.

In the double-blind, placebo-controlled, escalating single-dose Phase IIa study, the company will evaluate the safety, pharmacokinetics and pharmacodynamics of THR-18 given with tPA to acute ischemic stroke patients.

Platform trials: an opportunity for rare dystrophies or gene therapies?