GlaxoSmithKline (GSK) reported positive results from an Ebola vaccine Phase I trial, which showed that the drug was well-tolerated and produced an immunological response in each of the 20 healthy adults in the US.

Researchers at Washington University School of Medicine in St. Louis, US, reported preliminary data from a small clinical trial of a new breast cancer vaccine.

The new vaccine causes the body’s immune system to focus on a protein called mammaglobin-A, found in breast tissue.

The company said the trial met its primary objective and the once-daily Onbrez Breezhaler (indacaterol) 150mcg showed non-inferiority in lung function at week 12 to twice-daily Seretide (salmeterol/fluticasone propionate (SFC)) 50 / 500mcg in patients with moderate COPD who had experienced no exacerbations in the previous year.

The global, randomised, double-blind, parallel-group, 26-week INSTEAD trial also demonstrated similar symptomatic benefits in terms of shortness of breath and health status after 12 and 26 weeks in patients treated with Onbrez Breezhaler compared to those on SFC.

Novartis Pharmaceuticals global head of development Tim Wright said the positive results help inform the switch from salmeterol/fluticasone to Onbrez Breezhaler in patients with moderate COPD and who are at low-risk of exacerbations.

The multi-centre, open-label clinical trial will evaluate the safety and tolerability of the combination therapy, and is scheduled to be initiated in 2015 by Pfizer.

Xalkori is a kinase inhibitor indicated to treat patients with metastatic NSCLC whose tumours are anaplastic lymphoma kinase (ALK) positive as detected by an FDA-approved test, while pembrolizumab is designed to reactivate anti-tumour immunity.

University of Maryland School of Medicine’s (UM SOM) Centre for Vaccine Development (CVD) together with CVD-Mali and the Ministry of Health of Mali started a clinical trial of the Ebola vaccine on Malian health care workers.

The vaccine was developed by the Vaccine Research Centre (VRC) of the National Institute of Allergy and Infectious Diseases (NIAID) in Bethesda, Maryland.

It consists of an adenovirus (cold virus) that develops a single attachment protein of Ebola virus in humans without creating any harm to the human body.

GlaxoSmithKline (GSK) and Medicines for Malaria Venture (MMV) initiated a Phase III global programme to assess the efficacy and safety of tafenoquine, an investigational medicine, being developed for the treatment and relapse prevention (radical cure) of Plasmodium vivax (P vivax) malaria.

The study did not show dacomitinib improved progression-free survival (PFS) in either of the co-primary populations compared to erlotinib.

The company noted the RADIANT-3 trial met the secondary endpoint of overall survival.

Results from the trial showed a median overall survival (OS) of 44.02 months in the everolimus treatment arm and 37.68 months in the placebo arm, while the 6.34 month difference between the two arms was not statistically significant.

US-based Cerulean Pharma dosed the first patient in a Phase II clinical trial of its lead candidate, CRLX101, in combination with Avastin (bevacizumab) for the treatment of relapsed ovarian cancer.

The open-label single-arm Phase II combination therapy trial is being carried out at Massachusetts General Hospital (MGH) and the affiliated Harvard teaching hospitals under the direction of principal investigator Dr Carolyn Krasner. 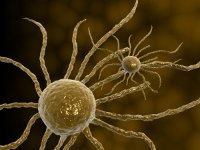 The trial will assess the efficacy and safety of letermovir for the prevention of clinically-significant CMV infection in adults aged over 18 CMV-seropositive recipients of allogeneic hematopoietic stem cell transplants.

The trial achieved its primary and secondary endpoints of lower viral load, improvements in total mucus weight and also symptom diary score compared to a placebo.

Rare diseases: how can decentralisation speed up trials and reduce patient burden?

Pfizer and BioNTech to test Covid-19 vaccine against new variants

26 Feb 2021
Registration is disabled.
We use cookies to ensure that we give you the best experience on our website. If you continue to use this site we will assume that you are happy with it.ContinueLearn more