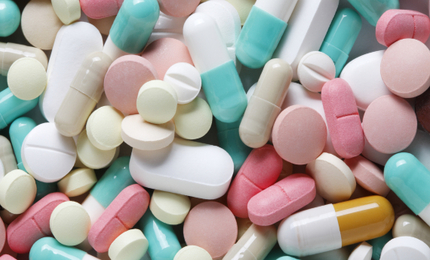 In order to overcome such problems, researchers at the University’s Schools of Pharmacy and Pharmaceutical Sciences, and Biosciences had attempted to find ways to improve the delivery of a relatively new class of drugs called biotherapeutics.

The trial of a new skin cancer drug, BAL3833/CCT3833, commenced at The Royal Marsden NHS Foundation Trust in the UK.

The first patient was treated with a new panRAF inhibitor, which was being developed to solve the problem of drug resistance in advanced skin cancer and multiple other cancer types.

PanRAF inhibitors are said to block several key cancer-causing proteins at once including BRAF, which had been responsible for about half of all melanomas.

The trial was to study the use of a modified vaccinia Ankara (MVA) Ebola Zaire vaccine candidate (MVA EBOZ) as a prime-boost to GSK’s Chimp Adenovirus type 3 (ChAd3) Ebola vaccine candidate.

The trial obtained regulatory approval from the UK’s Medicines and Healthcare Products Regulatory Agency (MHRA), and was carried out by a clinical research group led by professor Adrian Hill of the Jenner Institute at Oxford.

Sirukumab is an investigational human anti-IL-6 monoclonal antibody. It binds with high affinity to the IL-6 cytokine, a naturally occurring protein believed to play a role in autoimmune conditions.

Sirukumab has also been in phase III development for rheumatoid arthritis (RA) and GCA.

The trial was stopped early because an assessment conducted by the independent Data Monitoring Committee (DMC) concluded that the trial met its endpoint, showing superior overall survival in patients receiving Opdivo compared to the control arm.

Opdivo is a programmed death-1 (PD-1) immune checkpoint inhibitor, which had secured approval from the US Food and Drug Administration (FDA) as a monotherapy in two cancer indications.

UK-Swedish drugmaker AstraZeneca established a clinical trial collaboration with Peregrine Pharmaceuticals to assess the safety and efficacy of bavituximab in combination with durvalumab (MEDI4736) in multiple solid tumours.

The Phase I / Ib trial had been designed to assess the safety and efficacy of Peregrine’s investigational phosphatidylserine (PS) signalling pathway inhibitor bavituximab in combination with AstraZeneca’s investigational anti-PD-L1 immune checkpoint inhibitor durvalumab.

Bavituximab and durvalumab are investigational immunotherapies with different mechanisms, both of which help the body’s immune system to fight against cancer.

The company said that CheckMate -017 investigators are being informed of the decision to stop the comparative portion of the trial.

Along with EpiGen Global Research Consortium and National University Hospital Singapore, the Nestlé Research Centre conducted a study evaluating the effects of nutrients before and during pregnancy on the health of mother and their babies.

Titled "Nutritional Intervention Preconception and during Pregnancy to maintain healthy glucosE levels and offspRing health" (NiPPeR), the study would enrol approximately 1,800 women before pregnancy across three centres in Southampton of the UK, Singapore, and Auckland of New Zealand.

University of Southampton epidemiology and human development professor and chief investigator Keith Godfrey said: "The pre-conception phase is very important to ensure women are getting the best nutrition in preparation for their pregnancy.

The trial failed to meet the primary efficacy endpoint, which was an overall pain reduction compared with placebo results.

The Ebola vaccine regimen was being developed at J&J’s Janssen Pharmaceutical Companies.

The EBOVAC-Salone trial was the first study conducted of Janssen’s Ebola vaccine regimen in a West African country affected by the recent Ebola epidemic.