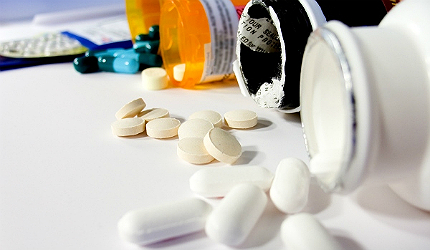 Patient recruitment is absolutely essential to the success of pharmaceutical research, and consequently patient care, but today nearly 80% of clinical trials fail to meet their enrolment timelines and up to 50% of research sites enrol one or no patients.

Not only does this translate into as much as $8m in lost revenue for each day a drug is delayed, it also means that cutting-edge new medications are significantly delayed in their journey to the patients who need them most.

"This volunteer shortage, which is by no means limited to Alzheimer's disease trials, is largely down to lack of awareness."

This is partly due to the stiff competition between different clinical studies. "In the Alzheimer's Disease field, there are now multiple studies simultaneously recruiting and thus there is greater competition for volunteers," Ryan confirmed.

Indeed, this year researchers involved in the largest study ever done on Alzheimer's disease, a condition which afflicts more than five million Americans, have had to delay their findings by at least a year: they simply don't have enough volunteers.

Nationally, the study is short by thousands of volunteers, and the largest and most comprehensive study, ADNI-2, a $140m project, was roughly 250 patients short of its enrolment goal in May 2012.

This volunteer shortage, which is by no means limited to Alzheimer's disease trials, is largely down to lack of awareness among the general population.

"The Yale Center for Clinical Investigation (YCCI) is committed to engaging more volunteers - both healthy and ill - in clinical trials."

According to a Harris Interactive Survey of cancer patients in 2001, 85% of patients were either unaware or unsure that participation in a clinical trial was an option at the time of diagnosis, but 75% of these patients said they would have been willing to enrol had they known it was possible.

Moreover, NIH focus groups in 2011 found that many members of the general public and caregivers lacked familiarity with clinical trials and were unaware of opportunities for participation by healthy volunteers. They generally expressed negative attitudes about participation, which significantly changed after learning more about clinical trials.

This lack of awareness has certainly been a contributing factor to the situation we find ourselves in now, a situation where only four percent of Americans have ever been involved in a clinical trial.

But what can be done to improve the situation? According to Ryan, a significant number of programmes are already in place. "There are a number of efforts underway to reach more individuals and improve research participation, such as the NIH's Clinical Research Trials and You website, the Alzheimer's Disease Information Network and the Alzheimer's Association's TrialMatch," she noted.

"Innovation is absolutely key to increasing the number of volunteers willing to participate in clinical trials."

"It has confirmed that there is a lack of understanding about what's involved in clinical research and why it's important to participate. As a recipient of a Clinical and Translational Science Award from the NIH, finding ways of increasing patient enrolment is part of our broader aim to bring clinical advances to patients more quickly and efficiently."

The centre has, therefore, implemented a programme called 'Help Us Discover'. "The aim of the campaign is to move away from the one-off approach that concentrates on recruiting volunteers for individual studies to a more global recruitment strategy that benefits the entire enterprise," Johnson explained.

Indeed, it's certainly not only the researchers that are benefiting from this scheme; enrolling in a clinical trial can be extremely beneficial for both patients suffering from chronic conditions and healthy volunteers. "For those suffering from a chronic condition, enrolling in a clinical trial may offer options that might be unavailable otherwise and it also presents an opportunity to have access to top notch medical care as well as being a unique way of contributing to the advancement of medical knowledge," Johnson remarked.

"For healthy volunteers, knowing that others may benefit from their efforts can be very rewarding, and participating in clinical research can sometimes uncover health problems that people are not aware of."

For Johnson, the biggest challenge she's faced with the 'Help Us Discover' campaign is increasing the representation of minorities in clinical research. But this has been overcome with the development of a Cultural Ambassadors programme where the programme has partnered with African American and Hispanic organisations, training their members and collaborating with them on recruitment materials that are culturally sensitive.

Innovation is absolutely key to increasing the number of volunteers willing to participate in clinical trials, and much of this is set to be linked to the use of technology.

"NIH focus groups in 2011 found that many members of the general public and caregivers lacked familiarity with clinical trials."

"People are increasingly using social media and the Internet to find health information and connect with resources so these avenues will play an increasingly important role in our efforts to reach out to potential volunteers," Johnson emphasised.

Nora Retana, director of creative marketing and client services at Patient Recruiters International (PRI), a subsidiary of BioTrak which uses the most innovative tools available in the industry to recruit subjects for clinical trials, couldn't have agreed more.

"The difficulty in recruiting patient subjects for clinical trials is largely due to the slow rate of adaptation to more innovative patient recruitment tools," she said.

"Harnessing the potential of the digital space pays big dividends and continues to replace big budgets and wasteful spending across all business sectors - clinical research is no exception."

That's not to say that online recruitment is the only option. "Our recruitment programmes almost always include a highly targeted social media and online campaign, but our multimodal approach also includes the use of highly target database populations and traditional media when it makes sense," she elaborated.

Looking to the future, there's no doubt that a little creativity will go a long way in improving the enrolment rate in clinical trials.

"The key to successful patient recruitment will be the link between clinical care and research, as well as finding innovative ways of reaching out to patients," Johnson noted. Retana is similarly excited about where the industry could potentially go.

"Technology will have to improve to keep up with the specific needs of the industry," she concluded. "We are excited at how our latest tools are testing out and look forward to staying on the cutting edge of patient recruitment strategy worldwide."