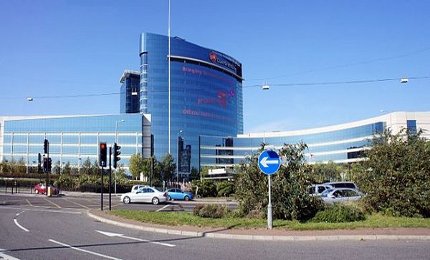 The results show a statistically significant reduction in the risk of death for this combination therapy compared to dabrafenib monotherapy in these patients.

Data from the trial also showed that the safety profile was consistent with the profile observed to date for the combination and no new safety concerns were observed.

In the coming months, the final data from this Phase III trial will be submitted to regulatory authorities for review.

The company began development of its Ebola GP Vaccine shortly after the publication of the genetic sequence of the 2014 Ebola Makona strain, which is responsible for the current Ebola outbreak in West Africa.

The randomised, observer-blinded, dose-ranging Phase I Ebola GP Vaccine clinical trial is conducted in Australia. During the trial, each subject will be given two intramuscular injections, one each on study days zero and 21. 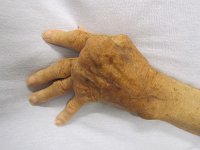 The company said that the randomised, double-blind, active-controlled trial met its primary and key secondary endpoints.

The trial’s primary endpoint compared the ACR20 measurements (20% or greater improvement in ACR assessment) at week 24 and it was seen that ACR20 was within the prespecified margin for ABP 501 compared to adalimumab, showing clinical equivalence.

Roche reported positive results from the Phase III GADOLIN trial of a monoclonal antibody Gazyva (obinutuzumab) in people with indolent non-Hodgkin’s lymphoma (iNHL) who are refractory to MabThera/Rituxan (rituximab) treatment.

The trial showed that people lived significantly longer without disease worsening or death (progression-free survival, PFS) when treated with Gazyva plus bendamustine followed by Gazyva alone, compared to bendamustine alone.

As the Gazyva arm showed high level of benefit compared to the bendamustine arm, the trial was stopped prior to its protocol-specified final analysis.

The experimental drug favipiravir could improve survival rate in Ebola patients, if administered at earlier stages of the disease, a new study by the Alliance for International Medical Action (ALIMA) claimed.

Led by the French National Institute of Health and Medical Research (Inserm) scientists, the trials began at two Ebola treatment centres in Guinea, West Africa, in December 2014, with an aim to assess the efficacy of the treatment.

According to the newly released preliminary results of 80 patients, mortality rates fell from 30% to 15% in patients with a low to moderate Ebola count who received the drug during a three-month period before the start of trial.

Belgian clinical stage biotech firm Galapagos reported positive results from its Phase I trial of its first-in-class molecule, GLPG1690, for the treatment of patients with pulmonary disease.

GLPG1690 is being developed by the company in collaboration with Janssen Pharmaceutica.

The trial was designed to assess the safety, tolerability, pharmacokinetics and pharmacodynamics of oral single and multiple ascending doses of GLPG1690 in 40 healthy volunteers.

Israel’s Pluristem Therapeutics reported positive results from a recently completed trial that was designed to evaluate PLX-R18 cells to treat bone marrow damaged by exposure to high levels of radiation, such as can occur after a nuclear disaster.

Conducted by the US National Institutes of Health (NIH), the trial showed that injection of PLX-R18 cells into muscle, compared to a placebo, improved the recovery of white blood cell, red blood cell and platelet levels in animals exposed to high levels of radiation.

The multi-centre, randomised, open-label trial is designed to support regulatory filing of the product for the treatment of these patients.