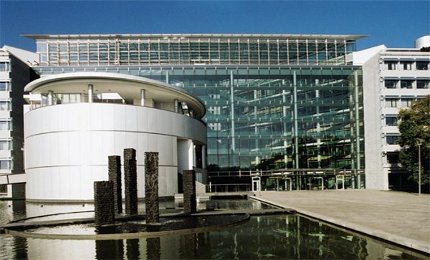 The trial is designed to evaluate the potential benefit of tiotropium + olodaterol Respimat FDC compared to Spiriva (tiotropium) Respimat on reducing the risk of sudden worsening of symptoms (exacerbations) and improving survival in these patients.

Around 7,800 patients in 59 countries will be enrolled in the 52-week multi-national double-blind trial.

The trial will investigate the impact of once daily, orally inhaled tiotropium + olodaterol Respimat FDC (5/5µg) compared to Spiriva Respimat monotherapy (5µg) on exacerbations in patients with severe to very severe COPD.

The trial achieved its primary endpoint showing a statistically significant increase in progression-free survival (PFS) for enzalutamide compared to bicalutamide.

Novartis reported positive results from its pivotal Phase III clinical trial of Jakavi (ruxolitinib), an oral inhibitor of the JAK 1 and JAK 2 tyrosine kinases, for the treatment of patients with polycythemia vera (PV).

During the trial, a total of 222 patients with PV resistant to or intolerant of hydroxyurea were randomised 1:1 to receive either ruxolitinib (starting dose of 10mg twice daily) or standard therapy, which was defined as investigator-selected monotherapy or observation only.

The results showed that Jakavi improved hematocrit control without the need for phlebotomy and reduced spleen size in PV patients who had an inadequate response to or unacceptable side effects from hydroxyurea as defined according to the modified European LeukemiaNet (ELN) criteria.

Lupuzor (also called as Rigerimod, IPP-201101 and P140) has secured fast-track designation from the US Food and Drug Administration (FDA) as well as approval to initiate Phase III trials under a Special Protocol Assessment (SPA) due to its strong safety and efficacy profile.

The multi-centre Phase III trial will start immediately and will enrol patients across Europe, the US and other regions.

The company said that patients tumours are pre-screened using its immunohistochemistry (IHC) test to determine eligibility.

They will receive anti-Notch1 at the recommended Phase II dose of 1.5mg/kg every three weeks.

ADXS-HPV is an investigational Lm-LLO immunotherapy designed to generate an immune response to the HPV-associated tumour specific oncogene.