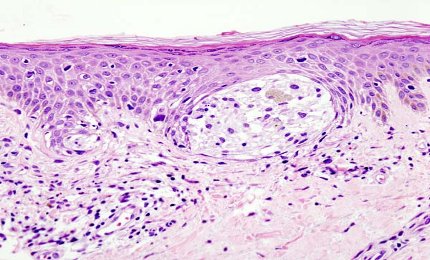 The company noted that the RADIANT-3 trial met the secondary endpoint of overall survival.

Results from the trial showed a median OS of 44.02 months in the everolimus treatment arm and 37.68 months in the placebo arm, while the 6.34 month difference between the two arms was not statistically significant.

The 28-week trial compared an investigational formulation of exenatide once-weekly suspension for autoinjection with twice-daily exenatide (Byetta) injection in these patients who had inadequate glycaemic control.

A total of 377 patients were enrolled in the randomised, open-label trial conducted across 59 centres.

Merck reported data from an observational study that assessed the differences in initiated insulin therapy in patients with type 2 diabetes taking a combination of Januvia (sitagliptin) and metformin, as well as sulphonylurea and metformin.

The study found that patients administered with a combination of sitagliptin and metformin initiated insulin therapy at a slower rate than patients treated with sulphonylurea and metformin.

More than 5,500 patients with COPD were involved in the 52-week double-blind, parallel-group TONADO trials.

Boehringer Ingelheim Pharmaceuticals Clinical Development and Medical Affairs senior vice-president Tunde Otulana said: "The TONADO results, together with the VIVACITO data presented at a major medical meeting earlier this year, formed the basis of the recent regulatory submission to the US Food & Drug Administration for tiotropium + olodaterol FDC delivered via the Respimat inhaler.

The trial evaluated cabozantinib in mCRPC patients whose disease progressed after treatment with docetaxel as well as abiraterone and/or enzalutamide.

The company said that the trial failed to meet its primary endpoint of showing a statistically significant increase in overall survival (OS) for patients treated with cabozantinib as compared to prednisone.

AbbVie reported positive results from a Phase III pivotal trial, which was designed to evaluate the investigational use of Humira (adalimumab) in patients with moderate-to-severe hidradenitis suppurativa (HS).

The Phase III PIONEER I trial met its primary endpoint and also showed that Humira is effective in reducing common clinical signs and symptoms in moderate-to-severe HS, specifically the number of abscesses and inflammatory nodules.

Dermatologists refer HS as acne inversa, which is a chronic skin disease characterised by inflamed areas typically located around the armpits, groin, on the buttocks, and under the breasts.

A first-in-class modulator of eukaryotic translation initiation factor 5A (eIF5A), SNS01-T is a new approach to cancer therapy that is designed to trigger apoptosis in B-cell cancers.

The safety portion of the open-label, multiple-dose, dose-escalation trial has established a maximum tolerated dose following the reporting of a second dose limiting toxicity (DLT) in the fourth and highest dosing group, which included a total of eight patients.

South Korea’s Kyungpook National University Hospital has conducted treatment for the first patient in the trial.

Around 550 patients at about 100 sites in the North America, Europe, China and Asia Pacific will be enrolled in trial.