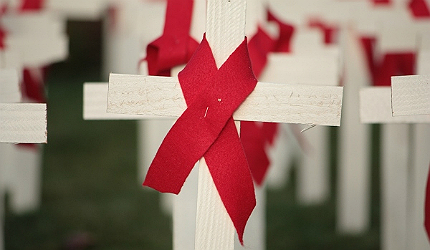 According to current Centers for Disease Control and Prevention (CDC) data, each year some 50,000 people are newly infected with HIV in the US, a figure which has remained static for many years.

But despite these worrying statistics, there are currently no drugs indicated for uninfected individuals to reduce the risk of acquiring HIV through sex; the pharmaceutical industry has tended to focus on the treatment, rather than the prevention of HIV, with condoms and education the main existing tools currently used to prevent infection.

“HIV prevention is a multifaceted approach with condom use, education and treatment as some of the current modalities available,” confirmed Marisa Briones, senior clinical research scientist at the AIDS Research Alliance.

But this is all set to change, should the US Food and Drug Administration (FDA) grant Gilead Sciences’ recent supplemental New Drug Application (sNDA) for the approval of once-daily Truvada for pre-exposure prophylaxis (PrEP) to reduce the risk of HIV-1 infection rates among uninfected adults.

Already approved by the FDA in 2004 for the treatment of HIV-1 infection, and currently the most-prescribed antiretroviral treatment in the US, if the sNDA is approved, Truvada would be the first agent indicated for HIV prevention, using PrEP.

How would a preventative HIV drug work?

“Should the sNDA for Truvada as PrEP be approved by the FDA, education will also be a key component of ensuring that the drug is used appropriately.”

Pre-exposure prophylaxis, more commonly known as PrEP, is a new HIV risk reduction strategy in which HIV-negative people who are at high risk of infection take antiretroviral medication to reduce their likelihood of contracting HIV.

Research on this technique dates back to the early 1990s when the concept was studied in macaque monkeys and the data suggested a potential role for prophylaxis against early HIV infection in cases of known exposure.

But Gilead Sciences’ sNDA is based on far more than one decades-old study. Indeed, the application was submitted on the strength of the results of two large placebo-controlled trials of Truvada as PrEP – the Pre-Exposure Prophylaxis Initiative (iPrEx) and the Partners PrEP study.

iPrEx was a Phase III randomised, double-blind placebo-controlled trial, sponsored by the National Institutes of Health (NIH) and conducted among 2,499 high-risk HIV-negative adult men in the US and countries in Africa, Asia and South America.

Results from the trial, published in The New England Journal of Medicine in November 2010, showed that once-daily use of Truvada for PrEP reduced the risk of acquiring HIV overall by 44% compared with placebo, and by up to 73% among men who reported taking the drug consistently.

Among men who took the drug consistently enough to have detectable drug in their body, the risk was reduced by more than 90%.

The Truvada sNDA submission was also supported by data from Partner PrEP, a Phase III randomised, double-blind, placebo-controlled trial conducted among 4,758 heterosexual couples in Kenya and Uganda in which one partner was infected with HIV and the other was not.

Sponsored by the University of Washington, this study released initial results in 2011 showing that once-daily use of oral Truvada by the HIV-negative participants reduced their risk of acquiring HIV by 73% compared with placebo.

But while the data from these large-scale clinical trials clearly suggests that Truvada, when used as part of a comprehensive package of prevention measures, may have a role to play in meeting the urgent public need to reduce new HIV infections, it is by no means going to solve the problem all on its own.

“Taking Truvada as PrEP would be added to the toolbox for HIV prevention, and is not meant to replace any of the current prevention practices,” Briones explained. “It would not be appropriate for every individual, and having additional safe options and tools to prevent HIV transmission will undoubtedly be important in the fight against HIV/AIDS.”

Moreover, there are arguments that suggest using Truvada as prevention may decrease condom use and other HIV prevention practices, although, according to Briones, the clinical trials did not indicate that this would be the case.

“Drug resistance should not occur, since the virus is not present, but regular HIV testing should be done to ensure that if the individual does become infected, additional antiretrovirals should be added, following the standard of care,” Briones added.

The cost of using Truvada as PrEP is also significant, with a yearly supply coming in at $12,000-$14,000. “But it has been estimated that lifetime costs of HIV/AIDS drugs can be more than $600,000, not including any potential issues arising from side effects, long term toxicity and so on,” Briones emphasised.

Gilead Sciences has also indicated it will provide free condoms and HIV testing, subsidised tests for viral resistance for people who become infected and an assistance programme for people with no prescription coverage.

Should the sNDA for Truvada as PrEP be approved by the FDA, education will also be a key component of ensuring that the drug is used appropriately, the responsibility for which Gilead Sciences expects will be shared by healthcare providers, public health officials and community leaders. The company intends to support outreach and educational efforts to ensure these groups are able to deliver accurate information to their patients and constituencies.

Balancing act: do the benefits outweigh the costs?

“Among men who took the drug consistently enough to have detectable drug in their body, the risk was reduced by more than 90%.”

While Truvada is no means the sole solution to the US’s HIV problem, the drug, if approved for HIV prevention, will play an absolutely key role in reducing the number of new HIV infections across America.

“The opinion of the FDA panel was that the overall benefits associated with Truvada as prevention outweighed the costs, and adding to the toolkit of HIV prevention will be beneficial to those at high risk for contracting HIV, when the drug is taken properly.”