In July 2012, the Generating Antibiotic Incentives Now (GAIN) Act was signed into law by the Obama administration as part of the FDA Safety and Innovation Act. Since then, there has been a noticeable uptick in the number of novel antibiotics approved in the U.S., with the average yearly approval rate more than doubling from 2000-2012 (0.8 approvals per year) to 2013-present (1.8 approvals per year).

The figure below provides a timeline for novel antibiotic approvals from 2000—present. For the purposes of this analysis, GlobalData defines novel antibiotics as those made up of at least one new chemical entity (NCE) receiving initial FDA approval for systemic use. 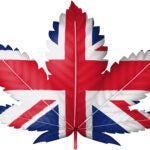 Analysis
Expert Insights: Will the UK Relax Its Current Regulations for Cannabis-Based Product

In addition to approving 11 new antibiotics since 2012, the FDA has also efficiently processed a number of label expansions for marketed brands, with a recent example being the approval of Allergan’s Avycaz (ceftazidime/avibactam) for the treatment of hospital-acquired bacterial pneumonia and ventilator-associated bacterial pneumonia (HAP/VAP) earlier this year.

While the numbers are encouraging and do correlate well with the introduction of the GAIN Act’s Qualified Infectious Disease Product (QIDP) designation, which helps expedite the FDA review process, GlobalData does not believe the GAIN Act is solely responsible for this encouraging trend. There are a multitude of factors potentially contributing to this surge in approvals since the GAIN Act became law, and many of the products approved shortly after its enactment, such as Dalvance (dalbavancin), Orbactiv (oritavancin), and Sivextro (tedizolid), were already in late-stage clinical development.

The Dire Need to Mitigate Risk

Moreover, despite this recent success, GlobalData’s primary and secondary research have revealed that formidable barriers to novel antibiotic R&D still exist, led by lingering issues with clinical trial design, insufficient financial incentives to fully entice Big Pharma back into the fold, and a volume-driven sales approach that does not align well with antibiotic stewardship and the need to preserve new agents as last-resort options against multidrug-resistant bugs. There is also a need for novel antibiotics that target difficult-to-treat Gram-negative bacteria, as evidenced by the FDA’s recently announced 2019 Strategic Approach for Combating AMR.

Nevertheless, as one of the first legislations to acknowledge the dire need to mitigate risk associated with novel antibiotic R&D, the GAIN Act has helped change the way drug development stakeholders view the antibiotics market. With at least three new antibiotics slated for FDA approval in 2019, GlobalData expects the momentum generated by the GAIN Act, LPAD pathway, and other initiatives to continue contributing to the revival of antibiotic R&D for the foreseeable future.