Merck and Ridgeback Biotherapeutics’ much talked-about Covid-19 antiviral molnupiravir will be used while taking into account risk factors for severe Covid-19.  Treatment and patient prioritisation guidelines will be key, but there may be leeway in prescription that could allow for wider use.

Build resilience in the face of COVID-19 disruption

COVID-19 has already affected our lives forever. The way we work, shop, eat, seek medical advice, and socialize will all be different in the future. Quite how different remains to be seen, but all industries must plan for multiple eventualities. Are you interested in actionable insights on the business challenges induced by the pandemic? GlobalData's cross-sector report analyzes the significance of this major disruptive theme across industry verticals. It provides side-by-side research of alternative datasets to present you with unique quantitative analysis of the effects of COVID-19 and how these differ across sectors. Additionally, it offers qualitative analysis of each sector and analyzes COVID-19’s impact on leading companies. Whatever your company’s imminent strategic plans, the long-lasting impact of COVID-19 must not be overlooked. Find out how to futureproof your business operations – download our report today.
by GlobalData
Thank you.Please check your email to download the Report.

The oral antiviral took centre stage when the companies announced positive results from a Phase II/III study in patients with mild-to-moderate Covid-19 disease, driving market interest in not just the two companies but also other antiviral developers. Merck has since submitted its application for an EUA and the FDA plans to conduct an Advisory Committee (AdCom) meeting on 30 November.

Molnupiravir remains in the spotlight as other antivirals like Atea’s AT-527 have hit roadblocks in the quest to have an easy-to-administer oral therapy for Covid-19. 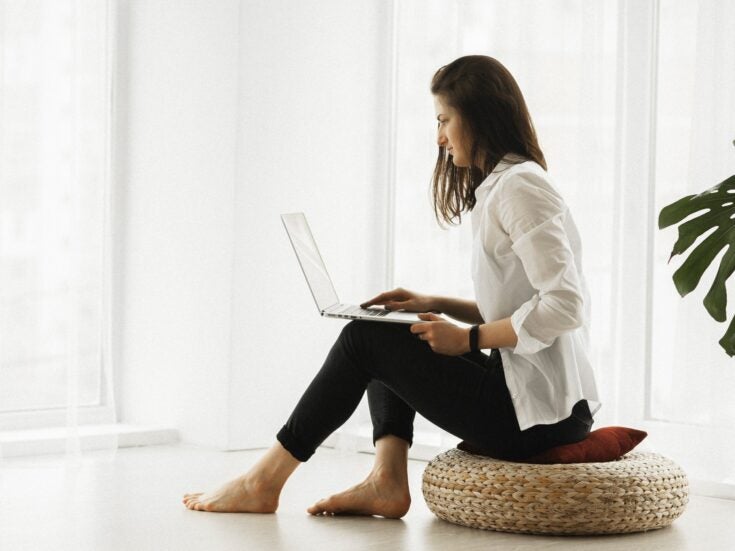 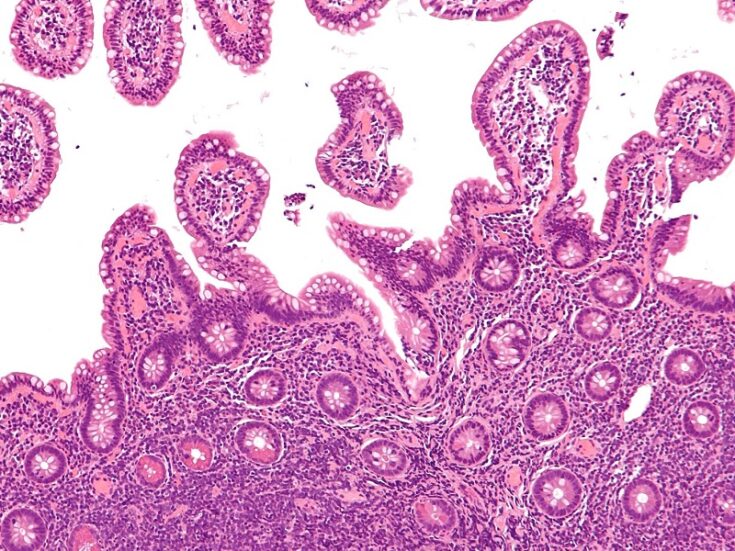 Often missed in the mainstream enthusiasm around molnupiravir are details on the type of individuals enrolled in the study that would define how the drug is used following a potential authorisation. To date, monoclonal antibodies (mAbs) are the only authorised therapies for mild-to-moderate Covid-19 and they have provided precedence on how risk factors can be identified to assign treatments. This is key, given the molnupiravir study’s inclusion of only infected individuals with at least one risk factor for severe disease.

Experts said they will rely on established guidelines from the National Institutes of Health (NIH) and Centers for Disease Control and Prevention (CDC) to identify those with risk factors. However, these risk factors include a mix of definite and vague scenarios that may be open to interpretation, which could mean the final decision is left up to the prescribing authority’s discretion. While this could mean wider and potentially off-label use, without detailed data it is difficult to estimate how this would play out. Access to molnupiravir is a critical issue, not just in the US markets but also low-to-middle income countries where existing purchase agreements could hamper availability.

Also unlike mAbs, which have been impeded by logistical requirements, molnupiravir could also find wider distribution channels, including pharmacists following recent legislative changes. Given molnupiravir’s failure in a US-based study in patients that have progressed to hospitalisation, and two trials by Indian companies that had a mix of unhospitalised and hospitalised individuals, early intervention will also be key in the real-world setting.

Merck did not respond to a request for comment.

The Phase II/III MOVE-OUT study enrolled Covid-positive individuals with at least one risk factor for severe disease. While the study’s description does not add more details in this regard, a Merck spokesperson said this would include older patients and those with obesity and diabetes as an example. Most of the risk factors for severe disease deal with underlying medical conditions and a CDC guidance is the primary one used for defining high-risk patients, said Dr Michael Ison, an infectious diseases physician at Northwestern Feinberg School of Medicine.

The list includes medical conditions like cancer; chronic diseases affecting the kidney, liver or lung; diabetes; neurological conditions; HIV; and tuberculosis. But it also includes heart conditions, mental health disorders, obesity and overweight, or a prior history of smoking. Michael Ganio, Pharm D, senior director of Pharmacy Practice and Quality at American Society of Hospital Pharmacists, said the CDC list for risk factors has also been instructive even in terms of Covid-19 mAb use.

“Like beauty, interpreting risk factors could lie in the eyes of the beholder,” said Vanderbilt University Medical Center infectious diseases physician Dr William Schaffner. High blood pressure or obesity, for example, could be viewed differently based on other factors, Schaffner said. For example, a patient on multiple blood pressure medications with a family history of cardiovascular disease and past hospitalisations, and with well-controlled high blood pressure, could be viewed differently while determining risk, Ganio said. Factors like age are more straightforward, he added.

NIH treatment guidelines also include factors to consider for prioritisation in settings that are limited by supply or capacity, like when huge surges of cases overwhelm health systems. A surge in Covid-19 cases in Tennessee recently raised difficult questions on mAb prioritisation based on vaccination status, Schaffner said. For a brief period, the mAb supply was thought to be restricted and there was debate following a suggestion by the state health department on whether to give unvaccinated people preference considering the higher risk for severe disease compared to vaccinated individuals, he explained.

“Like beauty, interpreting risk factors could lie in the eyes of the beholder.”

There was some discussion by healthcare workers on whether this would be “rewarding bad behaviour” but the supply was not low enough for that decision to be made, he added. A person’s vaccination status is relevant to their infection response, said Dr Daniel Havlichek Jr, professor emeritus and former chief of infectious diseases at Michigan State University.

The MOVE-OUT press release did not specify how many enrolled participants were vaccinated. Hence, data in this regard may also guide future decisions, Ison said. Still, even in resource-limited situations, immunocompromised individuals would still be prioritised, Ganio said. Regardless, early treatment remains crucial in getting the best outcome after treatment, Ison said, and molnupiravir data has indicated this. The press release suggested that people also got better clinically faster, which means it could be an option for low-risk people in inn the future as well, Ison said. However, delays in getting a SARS-CoV-2 test or even test results have affected early access to mAbs, Schaffner said.

At an interim analysis, molnupiravir reduced the hospitalisation risk by almost 50%, taking it from 14.1% with placebo to 7.3% with molnupiravir at day 29. To add context, mAbs—which are currently the best outpatient therapy for early treatment of COVID-19—when taken in combinations are associated with a 75–80% reduction in need for hospitalisation, Ison said.

The potential for molnupiravir’s off-label use will depend on how it is authorised, Ison said. Physicians may do what’s best for patients and that could involve off-label use in some situations, Havlichek Jr said.

Molnupiravir access will depend on the FDA label, company supply, and the distribution mechanism, Schaffner said. If the government controls the distribution, then it may be more restricted, like mAbs, but if left to physicians only then it may be used more widely even in the beginning, he said. mAbs are given via infusions or subcutaneous injections and require a professional to administer them, followed by supervision. That’s why oral molnupiravir has the potential to be a gamechanger, Ganio said. Merck has signed an agreement to deliver approximately 1.7m drug courses to the US government after an EUA or approval, while it anticipates building capacity to manufacture 10m courses by YE. Additionally, it has signed deals with manufacturing partners in other territories.

Ideally, urgent care clinics may have their own molnupiravir supply or people may be referred directly to pharmacies, Ganio said. Many pharmacies are already doing COVID-19 testing, so they can screen people who meet the criteria defined by the EUA, he added. There could also be a scenario where pharmacists could identify those in the health system with a positive COVID-19 test and notify them about the antiviral they could get, he added.

The ninth amendment to the Public Readiness and Emergency Preparedness (PREP) Act, passed last month, gives liability protection to licensed pharmacists, pharmacy technicians, and pharmacy interns to order and administer a subcutaneous, intramuscular, or oral Covid-19 therapeutic. This means a pharmacist can take care of a prescription for a person with a positive Covid-19 test, assuming they meet the criteria defined in an EUA, Ganio said. Unlike the case with mAbs, where pharmacies would need the space and educational programs covering injection techniques and similar issues, any pharmacy eligible to receive and distribute drugs could help with molnupiravir access, he said.

However, molnupiravir is not a magic bullet or a substitute for vaccines, Schaffner said. Also, on practical considerations, molnupiravir’s regimen involves five capsules taken twice a day for five days, and patients will need to be convinced to complete the course, Schaffner said.

When it comes to precedence with distribution of oral antivirals, even the use of Roche’s influenza antiviral Tamiflu (oseltamivir) varies greatly among different physician specialties and is influenced greatly by local practice leadership, Schaffner said. There is evidence to show that Tamiflu can provide benefit, albeit reduced, even if it’s been given more than 48 hours after influenza-related illness onset, he added. But still some reserve it for immunocompromised or severely ill patients. However, this might be different in the case of Covid-19, and treatment guidelines will play a larger role than what has influenced Tamiflu use, Schaffner said.

Build resilience in the face of COVID-19 disruption

COVID-19 has already affected our lives forever. The way we work, shop, eat, seek medical advice, and socialize will all be different in the future. Quite how different remains to be seen, but all industries must plan for multiple eventualities. Are you interested in actionable insights on the business challenges induced by the pandemic? GlobalData's cross-sector report analyzes the significance of this major disruptive theme across industry verticals. It provides side-by-side research of alternative datasets to present you with unique quantitative analysis of the effects of COVID-19 and how these differ across sectors. Additionally, it offers qualitative analysis of each sector and analyzes COVID-19’s impact on leading companies. Whatever your company’s imminent strategic plans, the long-lasting impact of COVID-19 must not be overlooked. Find out how to futureproof your business operations – download our report today.
by GlobalData
Thank you.Please check your email to download the Report.