Addiction is a widespread disease affecting millions of people around the globe. A 2021 World Drug Report released by the United Nations Office on Drugs and Crime (UNODC) indicated that over 36 million people have suffered from substance use disorders (SUD). But the stigma around addiction and its treatment is halting the development of new medications.

While there are over six hundred planned or ongoing clinical trials investigating treatments for SUD, this field is heavily weighted on studies being carried out by academia, according to GlobalData’s Clinical Trial Database. GlobalData is the parent company of Clinical Trials Arena. With nearly 80% of clinical trials being sponsored by academic institutions, the pharmaceutical industry is lagging behind in the clinical arena of addiction treatments. For context, pharma leads the way in trial sponsorship (50-70% of planned and ongoing trials) in ophthalmic or metabolic indications such as age-related macular degeneration and type-2 diabetes.

The stigma around seeking treatment and questionable profitability are the factors explaining why pharma is not investing more in the clinical research for new treatments for addiction. The problem also stems from the complex clinical trial designs and unpredictable patient population. But the research can be improved by putting the patient perspective at the centre of the trial. Additionally, including patients with more comorbidities and measuring non-direct consequences of SUDs as outcomes will better reflect the unmet need in the real world. 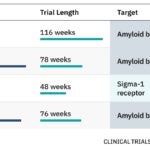 Analysis
Alzheimer’s disease: major drug trial results to watch in 2022 and beyond
Data Insights
View All

Clinical trials in addiction are more complicated than in other diseases. “Many pharma companies have a tendency to seek products and indications that have straightforward development programs with a clear path-to-market,” says John Bencich, CEO of Achieve Life Sciences, a company that is conducting a Phase III trial (NCT05206370) in smoking cessation. Indeed, treating addiction entails a lengthy and complicated journey, requiring trial and error over an extended period of time. This creates a challenging environment for designing and executing trials, he adds.

The stigma around treating addiction also comes into play as only 10% of people with SUDs receive treatment. “People with addictions are ashamed to disclose they have a problem because then they will be marginalised by the rest of the society,” says Dr Lorenzo Leggio, senior clinical investigator in the NIH Intramural Research Program (IRP) at the National Institute on Drug Abuse (NIDA), part of the National Institutes of Health (NIH). As a result, this creates a vicious cycle in drug development because the pharma sector sees it as “an arena with low profits,” he adds.

However, not treating addiction is more costly for society, explains Ben Sessa, co-founder & head of psychedelic medicine at Awakn Life Sciences, developing treatments for alcohol use disorder (AUD). Beyond the person with addiction, SUDs affect a wide circle of family and friends, says Dr Seth Lederman, CEO at Tonix Pharmaceuticals, investigating the connection between sleep quality and alcohol intake. In addition to healthcare systems, patients require engagement with the law enforcement, court, motor vehicle and correctional systems, he adds. From a marketing standpoint, if a company develops an effective treatment, that will target a very broad population, Leggio notes.

Academia needs industry’s help to move forward the development of medications for SUDs that don’t have approved treatments, says Dr Steven Shoptaw, licensed psychologist and director of the center for behavioral and addiction medicine at UCLA Health. For example, a Phase III trial (NCT03078075) in methamphetamine use disorder showed low, but higher than placebo, efficacy of a repurposed drug combination. But it is challenging for an academic institution to get regulatory approval for without a pharma company sponsoring and moving the trial forward, he explains.

Another notable challenge in SUD clinical trials is patient recruitment. As Leggio noted, not many people with addiction seek treatment, resulting in less interest in trial participation. The lack of knowledge on addiction from clinicians is another reason why patients might not be offered a place in a study, he adds.

Trials in SUD require a rigorous and controlled vetting in the recruitment process, Lederman says. The ability for the enrolled patients to adhere to protocol and complete studies can be irregular, especially as substance-seeking is a central part of their disease, he adds.

The SUD population “are generally chaotic people leading chaotic lives,” which makes it challenging to keep them committed to clinical research, Sessa says. While working with street heroin use population, he shares that it was difficult to get a hold of the patients. “They would exchange their phones for money to get their next hit and then get the phone back once they received their benefits,” he adds.

One way of retaining motivation is by offering something in return, such as giving out vouchers at completion of different milestones, Sessa explains. But more importantly, building a positive and strong personal relationship is crucial to make the participants feel valued.

In the Awakn's Phase IIa trial investigating 3,4-methylenedioxymethamphetamine (MDMA) therapy for AUD, the clinical team would reiterate to the participants that they are a part of a pioneering study for an innovative treatment and furthering the field of science. “Our participants felt very proud of being a part of the world’s first MDMA study for alcoholism,” he adds.

Including people who have recovered from SUDs can also improve clinical trials by guiding the clinical trial team on how to design more effective and targeted studies. “Patient power is very powerful,” Sessa notes.

Recruitment into clinical trials is not just quantitative, but also qualitative, Leggio says. “While it is important to have more people in clinical research, you also need a diverse pool of participants to make the findings more generalisable,” he explains. The treatment has to show not only efficacy in the clinical trial, but to show effectiveness in a clinical practice. Including patients with comorbidities can reflect the real-life population better, he adds.

Medication adherence is also an issue. “I am firmly convinced that we have made errors where we rejected medications that work because they didn’t show an effect in a clinical trial because nobody took the medication,” Shoptaw notes. For example, he was part of a trial sponsored by a pharma company testing medication dosed as five large capsules that needed to be taken twice a day. Naming it as a gelatin-based diet, Shoptaw says that higher doses in less quantity would improve adherence.

Flexibility in clinical trial endpoints from regulators would ease some of the approval requirements and be more practical in the real-world treatments, Bencich says. In nicotine dependence, demonstrating a significant decline in the number of cigarettes smoked as a harm reduction approach may be a more realistic approach than complete abstinence for many smokers who are struggling to quit completely, he adds. “We need to reinforce that there is a benefit to incomplete response; some response is better than no response,” Shoptaw says.

Another way to maximise the efforts of a clinical trial is to look at improving other consequences that are not directly linked to a substance use, Leggio says. As an example, in cocaine use disorder (CUD), the trial would typically measure cravings and substance use, whereas in reality, CUD also causes cardiovascular issues and likelihood of risky behaviour.

Finally, partnership and collaboration between pharma companies, academia and government will lead to successful clinical trials and medication development, Leggio notes. “There is plenty to learn from one another that could lead to exciting progress,” Bencich adds. By looking at the Covid-19 pandemic as an example, the same collaborative approach can be used to improve medication development in chronic debilitating medical disorders, including addiction.