In this week’s edition of Pipeline Moves, we look into Arog Pharmaceuticals’ early-phase trial termination in gastrointestinal cancers, as well as Mesoblast’s positive data in ulcerative colitis. We also look into Sage Therapeutics’ approval prospects now that it has completed its Phase III trial in major depressive disorder. Rounding off this week’s coverage are Poseida Therapeutics’ and Agios Pharmaceuticals’ respective assets in prostate cancer and blood disorders.

Want these updates in your inbox? Sign-up to our weekly Pipeline Moves newsletter here. You can visit last week’s edition here.

Arog Pharma’s crenolanib besylate saw a big drop in its Phase Transition Success Rate (PTSR) after a Phase I/Ib study was terminated. The PTSR decreased by 35 points to 35% in adenocarcinoma of the gastroesophageal junction, and 32 points to 30% in both esophageal cancer and gastric cancer.

The trial status on GlobalData changed from “completed” to “terminated” on 19 February following an update on PubMed on 1 February. PTSR is the probability, given as a percentage, of a drug progressing successfully from one development stage to the next. 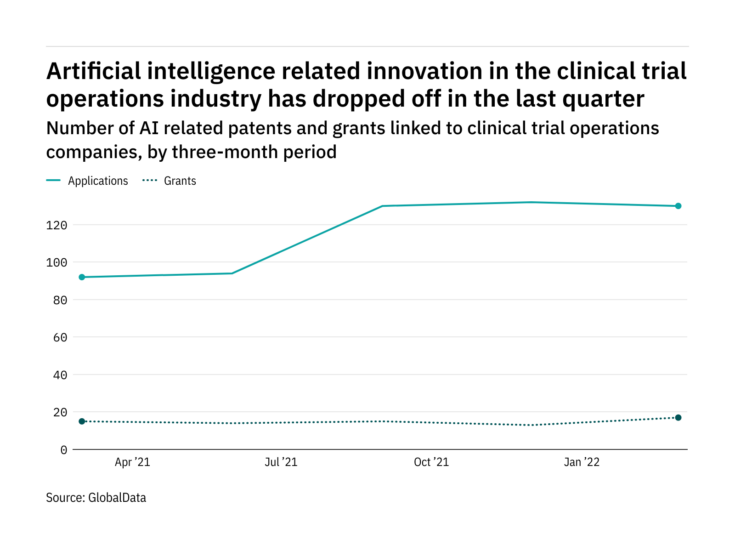 The Phase I/Ib trial (NCT03193918) enrolled 19 patients with metastatic esophagogastric adenocarcinoma refractory. The subjects received escalating doses of crenolanib in combination with paclitaxel and Eli Lilly’s Cyramza (ramucirumab) intravenously. The trial terminated early due to withdrawal of crenolanib by the sponsor.

Crenolanib works by inhibiting phosphorylated receptors. It has been shown to have impact om wild and mutant type receptors especially PDGFR-alpha and -beta, as well as FLT3.

Mesoblast’s remestemcel-L saw growth in its PTSR in ulcerative colitis after positive interim results of an investigator-sponsored Phase Ib/IIa study. The PTSR increased by five points to 31%. The update on GlobalData happened on 23 February after a European Crohn’s and Colitis Organization presentation on 16 February.

Sage Therapeutics’ SAGE-217 (zuranolone) saw a rise in its Likelihood of Approval (LoA) after Phase III completion and positive results in major depressive disorder (MDD). The LoA increased by four points to 33% in MDD.

The GlobalData update happened on 23 February after a press release on 16 February. LoA is identified via GlobalData’s analysis using a combination of machine learning and its proprietary algorithm.

The Phase III trial (NCT04476030) enrolled 440 subjects with MDD. The treatment and placebo groups both received a standard-of-care antidepressant. At the day three primary endpoint, zuranolone with a standard of care ADT showed reduction in depressive symptoms.

Sage Therapeutics will start the rolling submission for a New Drug Application in MDD with completion targeted in the second half of 2022.

Poseida Therapeutics’ P-PSMA-101 saw a rise in its PTSR after positive Phase I outcomes. The PTSR increased by four points to 71% in metastatic hormone refractory (castration resistant, androgen-independent) prostate cancer. The update on GlobalData happened on 22 February after a press release issued on 17 February.

The Phase I trial (NCT04249947) enrolled 17 patients with metastatic castration-resistant prostate cancer who received an average of seven prior lines of therapy with a median time since diagnosis of 6.4 years. Fourteen patients were evaluable at the cutoff date and 71% of subjects demonstrated measurable declines in PSA levels.

Agios Pharma’s Pyrukynd (mitapivat) saw a rise in its PTSR in the blood disorders alpha and beta thalassaemia after FDA approval for the same therapy in pyruvate kinase deficiency (PKD). The PTSR grew by two points to 29% in alpha thalassaemia and 55% in beta thalassaemia. The update on GlobalData happened on 22 February after a press release issued on 17 February.

Agios continues to advance its Phase III ENERGIZE and ENERGIZE-T trials in irregularly transfused and regularly transfused adults with alpha or beta thalassaemia, according to the aforementioned press release. The ENERGIZE (NCT04770753) trial enrolled 171 subjects with nontransfusion dependent alpha or beta thalassaemia. Participants will receive oral Pyrukynd for 24 weeks.

GlobalData’s proprietary model uses a combination of machine learning and an algorithm to calculate an individual drug’s PTSR and LoA. While LoA provides the probability of a drug ultimately receiving market authorization, PTSR indicates the probability of a drug’s advancement to the next stage of clinical development. The model uses data points from the individual drugs, clinical trials, regulatory milestones, company, and financial databases.