Current screening methods for prostate cancer, prostate-specific antigen (PSA) tests combined with traditional biopsies, can result in unnecessary biopsies, overdiagnosis and overtreatment. A recent Swedish study published in Lancet Oncology by Nordstrom and colleagues found that the addition of a novel blood test, the Stockholm3test, could complement their previous research findings that magnetic resonance imaging (MRI) could be substituted for traditional biopsies and reduce overdiagnosis. The Stokholm3test analyses multiple components, including protein markers, genetic markers and clinical data. In this new study, researchers further found that the novel blood test could reduce the number of MRIs performed, overdiagnosis and the frequency of biopsies. These findings suggest that the new screening test would also be more cost-effective and national screening programmes could potentially be introduced. GlobalData epidemiologists expect that the results of this study could impact prostate screening recommendations and the implementation of national screening programs. If adopted, an increase in diagnosed incident cases would likely be observed over the next five years in the eight major pharmaceutical markets (8MM: US, France, Germany, Italy, Spain, UK, Japan, and China).

In the study by Nordstrom and colleagues, a prospective, population-based randomized control trial was conducted between 2018 and 2020 in Stockholm county, Sweden. Study participants included nearly 13,000 men ages 50 to 74 years who provided blood samples. Out of these participants, over 2,000 men with elevated risk were assigned to the experimental group or the control group. Study findings showed that the Stockholm3test could inform risk stratification before MRI and reduce the number of MRIs performed by one-third. Additionally, overdiagnosis was reduced by nearly three-fourths compared with traditional screening and the frequency of biopsies was reduced by 50%. Overall, the Stockholm3test has shown to be a cost-effective tool in screening for prostate cancer, as well as an effective tool in improving patient outcomes through a reduction in invasive procedures, overdiagnosis and overtreatment.

In 2021, GlobalData epidemiologists forecast nearly 600,000 diagnosed incident cases of prostate cancer, which is expected to increase to over 670,000 by 2028 in the 8MM (as shown in Figure 1). If the screening recommendations for prostate cancer are changed in the near future, this may translate to an uptick in the number of prostate cancer cases, surpassing current forecast estimates. Better targeted, more cost-effective screening could lead to the implementation of nationwide prostate cancer screening programmes and would subsequently result in increased case identification. While Nordstrom and colleagues highlight an important screening method to improve patient diagnosis and outcomes, more research is needed before any guidelines are changed. In the future, researchers should focus on conducting larger, multi-centre studies to better understand and elaborate on the findings from this study. 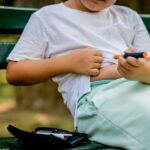 Comment
Obesity in adolescents increases the risk of type 1 diabetes 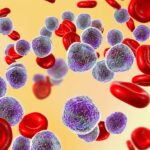