Chimeric antigen receptor T-cell (CAR-T) therapies have become standard of care for certain haematological malignancies due to their unprecedented specificity to the patients’ individual immune system. Despite the theoretical advantages, CAR-T therapies have lagged behind ‘off-the-shelf’ cancer drugs due to the logistical difficulties of manufacturing and administration.

During the 2019 American Society of Hematology (ASH) conference on December 6–10 in Orlando, Florida, bi-specific T-cell engager (BiTE) antibodies were presented as a potential off-the-shelf alternative to CAR-T therapies, mainly due to their mechanism of action, which induces similar anti-cancer immune response as CAR-Ts without the constraints associated with manufacturing individualized cell-based therapies. A point of entry for this relatively new treatment approach is the multiple myeloma (MM) market, which currently lacks novel immuno-oncology (IO) options.

Bristol-Myers Squibb’s (BMS) acquisition strategy has led to a significant expansion of its IO portfolio, placing the company a step ahead of the competition, mainly due to its ongoing pivotal trials with Bluebird Bio’s CAR-T therapy bb2121 and Celgene’s BiTE CC-93269.

Gilead Sciences’ Yescarta and Novartis’ Kymriah are the only two CAR-T therapies on the IO market, but neither has approved use for the treatment of MM. This is because these target the B-cell receptor CD19, often overexpressed in haematological malignancies, though MM plasma cells have been shown to lose CD19 expression during malignant transformation. 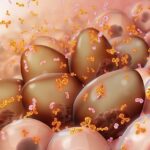 Instead, the B-cell maturation antigen (BCMA), a B-cell transmembrane receptor, has been shown to remain present and up-regulated in malignant plasma cells, thus making it a more viable target. Therefore, it is highly anticipated that the BCMA-targeting CAR-T therapy bb2121 will be approved to become the first CAR-T to market in MM.

Also competing for a first-to-market and first-in-class position for BiTEs in MM are Regeneron with REGN-5459 and Amgen with AMG-420. Though no data have yet been published from the phase one / two non-pivotal trials, AMG-420 had encouraging data from its Phase I trial. Although there are promising initial results for BiTEs, they are expected to reach the market in MM after CAR-T.

BMS is well-positioned to lead the IO MM market in the near future with its CAR-T therapy bb2121 and later on with the addition of its BiTE antibody CC-93269. While CAR-T therapy is a more established therapy for haematological malignancies, BiTEs show potential to become the future standard of therapy.

Therefore, while there are other companies developing BiTEs for MM, CC-93269 holds a key position in the haematology pipeline for BMS, whether the future steers the preferred treatment towards BiTEs or remains with CAR-T therapies.