Despite the potential advantage of psilocybin therapy’s long treatment duration in treatment-resistant depression (TRD) and major depressive disorder (MDD), its use would be hampered by extra immediate costs due to personnel and potential hospitalisation requirements.

Compass is developing psilocybin in TRD, while Heffter and Usona are developing it in both TRD and MDD. Heffter is also providing research to the aforementioned companies to support psilocybin’s eventual off-label use in other indications. Cost-effectiveness studies would be the best way to prove that these psilocybin treatments outstrip shorter-term TRD options like Spravato in terms of savings and benefit, experts said. An eventual approval and long-term studies lasting a few years should provide enough confidence for doctors to adopt psilocybin treatment, potentially as a first-line treatment in TRD, but at least in the second line after antidepressants in TRD and MDD, experts said. 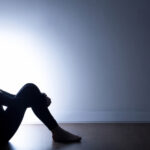 An analyst report noted that psilocybin is in an emerging field in psychiatry—evidenced by the fact that Compass ’ product was granted breakthrough therapy designation—and that approval could lead to psilocybin’s rescheduling down from Schedule I (high abuse potential) to Schedule IV (low abuse potential). Schedule IV drugs include generic antidepressants such as fluoxetine and paroxetine. The report also echoed expert sentiments that psilocybin’s therapeutic benefit seems to improve alongside developments in using 3,4-methylenedioxy-methamphetamine (MDMA) for posttraumatic stress disorder (PTSD), led by the non-profit Multidisciplinary Association for Psychedelics Studies (MAPS).

While psilocybin and MDMA have strong potential in other indications beyond depression and PTSD, a lack of industry interest and government funding has left these research areas underdeveloped, experts said. Still, experts agreed that impressions will gradually change as younger people take over these grant-giving agencies.

Psilocybin’s challenge with cost-effectiveness is not due to the drug’s cost, as the compound has been around for decades, but instead to expenses associated with required personnel, the long treatment time, and the possibility of a hospital stay, said Dr George Greer , president, Heffter Institute. Treatments for TRD or MDD involve patients receiving a dose of psilocybin, then resting in a specially-prepared environment for about five to six hours, or overnight if required, under the supervision of usually two people. Patients then proceed to talk about their experience in an integration session with a physician.

Spravato is considered an expensive treatment, but psilocybin could be more expensive, leading to greater payer reluctance to provide access, Greer said. Spravato’s list price is about $590–885, but administration costs result in an initial treatment session cost of about $4,000–6,000, and subsequent treatments cost about $2,000–3,500 after factoring in costs of supervising personnel and equipment, according to news reports online.

All of the leading psilocybin research entities are still determining the best treatment setting that streamlines costs without sacrificing efficacy and safety in their clinical trials, said David Nichols, PhD, professor emeritus of pharmacology, Purdue University , West Lafayette, Indiana and Heffter board chairman. These could include identifying the ideal number of supervising staff needed or the amount of time needed for counselling and integration, Nichols added. Tracy Cheung, communications director of Compass Pathways, said while the company is preparing for its Phase III trial, it has already started thinking about healthcare access and dialogue with payers.

While the Institute for Clinical and Economic Review (ICER) noted Spravato exceeded cost-effectiveness thresholds in a 9 May report, experts said psilocybin might ultimately show better cost-effectiveness than Spravato. While psilocybin, as in Spravato or intravenous ketamine, achieves a rapid effect, psilocybin’s durability is understood to be much longer, reducing the needed treatment frequency and boosting cost-effectiveness, said Dr Charles Grob, professor of psychiatry and paediatrics, University of California , Los Angeles. ICER is an independent research organization that evaluates the cost-effectiveness of treatments, with US payers increasingly paying attention to ICER reports when considering access.

Spravato and ketamine are understood to provide relief for weeks to months, while follow-ups from early studies of psilocybin have shown enduring effects of up to one year, Nichols said. However, more data will be needed from the respective late-stage psilocybin trials to attest to that superior durability, he added.

The higher initial price compared to Spravato or antidepressants might cause reluctance for access to psilocybin therapy, but a less frequent treatment administration might ultimately be cheaper for the payer in the long term, Greer said. As such, there is a need for long-term studies attesting to not just safety/efficacy, but also cost-effectiveness, he said.

Potential first-line use in TRD if strong pivotal results presented

Psilocybin has had a bad reputation for recreational drug abuse. That, combined with high cost, might relegate psilocybin therapy to after Spravato failure in TRD, Greer said. However, because relapses in TRD are severe, if psilocybin shows robust relapse reductions in pivotal trials, that could provide encouragement for physicians to consider it in the first-line, especially given its more durable nature, Grob and Nichols said.

Experts pointed to an Imperial College TRD trial that showed significant improvements from baseline at three and six months (p<0.001), with no patients on psilocybin needing antidepressants within five weeks of treatment, as causing optimism about psilocybin in TRD (Carhart-Harris, et al, Psychopharmacology (Berl). 2018 Feb;235(2):399–408). However, they also acknowledged the trial’s small and open-label nature as limitations and noted confirmatory studies will be needed.

A head-to-head study would be ideal, but in the absence of that, extensive data spanning five years could swing impressions favourably for first-line psilocybin therapy in TRD, Grob said.

In addition to Spravato, current treatment options for TRD include switching or augmenting antidepressants, as well as electroconvulsive therapy (ECT), vagal nerve stimulation (VNS) and transcranial magnetic stimulation (TMS). All experts agreed that the antidepressant strategies in TRD are usually ineffective, while ECT, VNS and TMS procedures might work in a modest segment of patients.

While it might not be clear why and how psilocybin works for TRD, its markedly different mechanism of action from the serotonergic or dopaminergic antidepressants grant it an edge for the patient group that has already failed these options, Nichols said. Psilocybin is a serotonin receptor agonist that is thought to reset cerebral blood flow and resting-state functional connectivity, which is thought to play a role in depression.

It is unclear where psilocybin therapy would fit in MDD, Greer said. For patients who respond to antidepressants, it is unlikely they would be switched, although it is conceivable that some patients with the right insurance might find the less frequent treatment administration of psilocybin therapy attractive, Grob said. Since TRD is typically defined by having failed two or more lines of treatment, psilocybin could also be attractive for those who do not respond to first-line treatment in MDD, he added.

Roadblocks to future research to remain, but promise on the horizon Literature has identified many promising indications of research for psilocybin and MDMA, including cancer-related anxiety and addiction, but developments in these indications have been hampered by a lack of funding, Greer said. Unlike in depression and PTSD, which finally have the funding to run large-scale studies, these other indications have only had small trials funded by institutions or philanthropy, Grob and Greer said. Large studies, which are typically funded by the government or industry, are needed to validate drugs in these other indications, they said. However, these compounds have been around for decades and are not patentable, and industry players have little interest in developing these drugs, Nichols said. This funding inertia is expected to endure until younger people take charge of funding agencies, Nichols added.

Impressions that psychedelics trials are unsafe have already begun fading as protocols of small-scale trials are shared, making it easier to run future trials, Nichols said. The risk of abuse for psilocybin therapy is low as it will be administered under supervision only, similarly to Spravato, said Cheung. Likewise, when patients are given MDMA-assisted psychotherapy and undergo psychotherapy while under the effects of MDMA, these drugs do not have the potential to move onto the streets, said MAPS Strategic Communications Director Brad Burge. Besides, these drugs are already available recreationally if people want to abuse them, so they have no need to resort to obtaining them through prescription, Grob said.

As psychedelics research becomes more commonplace, more investigators will become familiar with obtaining the necessary Schedule I license needed for participating in such trials, said Burge. While the current process might take as many as four to six months, this is an improvement from a decade ago, when it might have taken up to one year, said Grob.

by Shuan Sim in New York

Shuan Sim is a Senior Reporter for Clinical Trials Arena parent company GlobalData’s investigative journalism team. A version of this article originally appeared on the Insights module of GlobalData’s Pharmaceutical Intelligence Center. To access more articles like this, visit GlobalData.