In a post-hoc analysis, Sanofi and Regeneron aimed to describe the impact of Dupixent treatment on excoriations (skin picking) across four anatomical regions (head, trunk, upper and lower extremities) in children aged ≥6 months to five years with moderate to severe AD. At Week 16, Dupixent administered SC once every four weeks with low-potency TCS significantly reduced excoriation across the anatomic regions vs. placebo plus TCS (p<0.0001), with improvements seen as early as Week 2 (p<0.001). Moreover, significant improvements in erythema, lichenification, papulation, as well as surface area involvement and body regions scores, were also observed at Week 16 (p<0.0001). This analysis clearly demonstrates Dupixent’s rapid and consistent efficacy in the reduction of excoriation across all anatomic regions at Week 16.

Given that Sanofi & Regeneron gained approval for this paediatric patient group in the US in June 2022 and completed Dupixent’s regulatory submissions in the EU, with approval expected in Q4 2022, the companies are hoping to bolster physician confidence by leveraging positive efficacy data for Dupixent in this patient group. Dupixent’s US filing from priority review, resulted in Dupixent becoming the first and only biologic therapy for pediatric patients as young as six months old. Although Dupixent may indirectly compete with Pfizer’s topical phosphodiesterase-4 (PDE4) inhibitor, Eucrisa (crisaborole), which is also approved in the US for children with moderate AD, if approved, Dupixent will not face any competition by other targeted therapies for this patient group in the EU, following the withdrawal of crisaborole’s EU marketing authorisation.

Dupixent is proving to be very efficacious even in the youngest of patients and is expected to dominate the market, as no direct competition is expected in the ≥6 months to five years age group for several years, giving Sanofi & Regeneron a steep market advantage. With an influx of novel therapies expected in the near-term, long-term data and post-hoc analyses will allow the companies to defend and differentiate their gold standard biologic against competition in the AD space, allowing the companies to draw on the benefits shown in LIBERTY-AD PRESCHOOL. 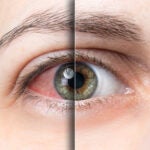 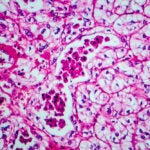