Asthma is a disease that affects the airways of the lungs, which narrow, swell and may produce extra mucus. These changes can lead to shortness of breath, wheezing and coughing. For some, asthma symptoms are mild and intermittent, while for others, they are a severe, persistent problem that may lead to a life-threatening asthma attack.

A variety of triggers may induce asthma symptoms, including physical activity, respiratory infections, dust mites, pollen and air pollutants. Although the cause of asthma is unknown, it likely occurs due to a combination of genetic and environmental factors. Most recently, findings from a study in Europe suggest that a mother’s exposure to bisphenols, a particular class of chemicals widely used in consumer products, during pregnancy may increase a daughter’s risk of asthma.

Bisphenols are used to manufacture plastics and are found in a variety of products, such as food and beverage packaging, toys and receipt paper. A recent study by Abellan and colleagues published in Environment International examined exposure to bisphenols during pregnancy and childhood asthma risk in more than 3,000 mother-child pairs from six European countries, namely France, Greece, Netherlands, Norway, Spain and the UK. Bisphenol A (BPA), the most commonly used bisphenol, was measured in maternal urine samples collected during pregnancy. When children were school-age, information on asthma diagnosis and medications were collected from parental questionnaires, and lung function tests were administered to their children. Exposure to BPA in the study was common, with 90% of maternal samples containing detectable amounts of BPA. The authors found that, among girls only, each doubling in BPA concentration during pregnancy increased the odds of having current asthma by 13% and current wheeze by 14%.

In the US, France, Germany, Italy, Spain, UK and Japan, the number of boys aged 5–9 years who are at some point diagnosed with asthma is higher than that of girls. Lifetime diagnosed prevalent cases in this age group will increase slightly, approaching three million cases for boys and two million cases for girls by 2029. Although maternal exposure to BPA is one risk factor among many that may lead to the development of asthma, it offers a potential avenue for prevention that could contribute to an eventual decrease in asthma prevalence. 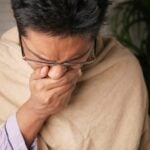 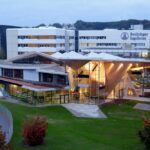 BPA is a synthetic oestrogen known to interfere with hormone signalling in the body. In the early 2010s, the US Food and Drug Administration (FDA) banned its use in baby bottles, ‘sippy cups’ and infant formula packaging. Despite this, BPA is still found in many products, including the lining of canned foods, beverage containers, toys and receipts. In addition, BPA substitutes such as bisphenol F and bisphenol S are becoming more widely used. Although these substitutes were examined in the current study, they occurred at relatively low levels and researchers did not find any consistent associations with asthma outcomes. More research is needed to confirm these results in other populations and reassess the effects of BPA alternatives.