On 19 August, the US Food and Drug Administration (FDA ) approved Axsome Therapeutics’ (US) Auvelity (dextromethorphan + bupropion) for the treatment of major depressive disorder (MDD) in adults. Auvelity is the first orally administered product with a novel mechanism of action (MOA) to enter the MDD market in more than 60 years. The dextromethorphan component targets the N-methyl D-aspartate (NMDA) receptor and the sigma-1 receptor in the brain, while the bupropion component acts to increase levels of dextromethorphan in the blood.

Auvelity’s approval was based on results from Axsome Therapeutics ’ Phase III clinical study GEMINI (NCT04019704), a six-week, double-blind, placebo-controlled trial to assess the safety and efficacy of Auvelity in patients with moderate-to-severe MDD. Auvelity demonstrated a statistically significant mean reduction in the Montgomery-Åsberg Depression Rating Scale (MADRS) total score of 7.3 points, compared with 4.9 points for placebo, at Week 1 (p=0.007) from baseline.

Statistical significance for this measure was maintained at all time points in the trial. In addition, remission rates were statistically significantly greater for Auvelity than for placebo at Week 2 (p=0.013), and at every time point thereafter. Further evidence of efficacy had been demonstrated in a previous Phase II study, ASCEND (NCT03595579), in which Auvelity demonstrated a significantly greater reduction in MADRS total scores than sustained-release bupropion alone. Additionally, at Week 6, the percentage of subjects achieving remission was 46.5% and 16.2% in the Auvelity and bupropion groups, respectively.

Auvelity’s rapid onset of action will provide a major breakthrough to the MDD market, in which there exists a significant unmet need for pharmacotherapies that can demonstrate rapid antidepressant effects. Currently available products, such as selective serotonin reuptake inhibitors (SSRIs) and serotonin-noradrenaline reuptake inhibitors (SNRIs), show antidepressant effects only after multiple weeks of treatment and, in many cases, the dosing needs to be optimised or products need to be combined for a maximum therapeutic benefit to be achieved. 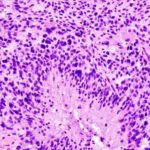 Not only are the rapid and sustained antidepressant effects of Auvelity expected to result in strong uptake of the drug, but it will also provide a novel MOA for the significant proportion of MDD patients with poor responses to the current treatment options. As such, GlobalData forecasts strong sales of $1.3bn in the eight major markets (8MM: US, France, Germany, Italy, Spain, UK, Japan and Canada) by 2029.

Furthermore, in clinical trials, treatment with Auvelity was not associated with weight gain, one of the undesirable side effects of current antidepressants highlighted by key opinion leaders interviewed previously by GlobalData. Auvelity could, therefore, be a more appealing long-term option for patients, resulting in increased compliance compared with other antidepressants, likely boosting its overall efficacy.

Despite the advantages of Auvelity, there could still be some challenges for this new product. Although Axsome has not yet announced a price, GlobalData anticipates it to be a comparatively expensive product compared with cheap, generic SSRIs and SNRIs, which are very well-established on the MDD market. With an expected annual price of more than $1,000, Auvelity may see its use restricted to second and later lines of therapy, after cheaper alternatives have been trialled, which would limit potential revenue.