With the development of novel classes of therapeutics targeting the hepatitis C virus (HCV), the global health burden from the viral infection has reduced significantly, with research encouraging the path to eradication of HCV. This analysis examines the evolution of the clinical trial landscape for hepatitis C spanning the last decade.

From 2013 to 2015, there was a consecutive increase in research efforts, with 2015 proving to be a record year for trial initiations. As highlighted in Figure 1, a year-on-year decrease in trial initiations is apparent from 2015 onwards. During the two-year period, there were significant advances in HCV therapeutics, particularly with advances in direct-acting antivirals (DAAs).

From 2014 to 2015, significant progress was made such that a number of all-DAA regimens received approval and demonstrated superior efficacy, with sustained virologic response (SVR) above 90% alongside improved safety profiles. Despite this, the evolution of DAAs led to a significant decline in numbers of HCV trial initiations, owing to the presence of established therapeutics on the market. 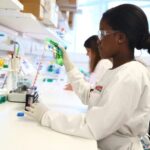 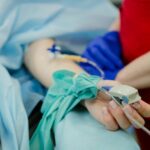 The phase distribution of trials from 2013 shows that Phase II and Phase IV studies have an almost equal proportion of studies at 30.9% and 30.5%, respectively. Phase I studies account for 21.7% of clinical trials, with Phase III at 16.9%. The high proportion of Phase IV studies signifies the successful advancement of several therapies through clinical development over the last ten years.

Concerning the geographical distribution of trials, the US led the research space from 2013 to 2017 with significant competition from Japan. From 2018 to 2020, China was the leading location for the conduct of trials, with a surge in study initiations overtaking the US. In the last two years, however, the number of studies conducted in the US and China have been comparable, owing to reduced trial initiations during this period.

The success and further evolution of DAAs have raised hopes that the complete elimination of HCV infections will be feasible in the coming years. But for the desired outcome, the level of research must be increased to a level that would permit further advances.