Lexicon Pharmaceuticals pursuit to get Zynquista (sotagliflozin) approved for type 1 diabetes (T1D) post an FDA Complete Response Letter (CRL) has split experts on whether protocols to reduce the diabetic ketoacidosis (DKA) risk will be sufficient to support its T1D prospects.

Lexicon’s shares plummeted by 70% on 29 July after the company announced after the market closed on 26 July that Sanofi issued a partnership termination notice. Sanofi said it was terminating the collaboration for Zynquista in ongoing T1D and type 2 diabetes (T2D) programmes, but ongoing studies will continue with no immediate changes. It was announced 11 September that Sanofi would pay Lexicon Pharmaceuticals $260m to extract itself from the diabetes pact.

Previously, on 17 January, the Endocrinologic and Metabolic Drugs Advisory Committee had a split decision on Zynquista’s benefits outweighing its risks to support T1D approval. While trading was halted during the AdCom meeting, shares later fell by 30.2%. Subsequently, on 22 March, the companies received the CRL. 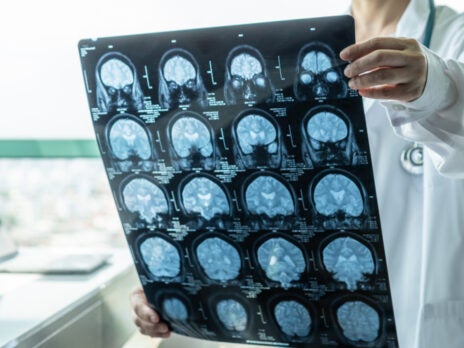 After the CRL, both companies said they will work with the US agency to determine appropriate next steps. A Lexicon spokesperson told this news service that Sanofi is the company of record for the T1D NDA filing with regards to future regulatory plans in this setting. Sanofi did not respond before press time.

In Europe, however, Zynquista received a positive CHMP opinion on 1 March regarding its use in T1D patients with a body mass index of greater than or equal to 27kg/m2. Experts said they are now waiting for the postapproval experience in Europe to provide additional insights on Zynquista’s risk-benefit profile, which could influence its use stateside. Prior to the AdCom, this news service reported on 25 October 2018 that interviewed experts were divided on Zynquista’s DKA risk in T1D and its approval prospects.

DKA is a serious complication of T1D and happens when blood sugar is very high and acidic substances called ketones build up to dangerous levels. Symptoms include frequent urination, extreme thirst, nausea and fruity-smelling breath.

Zynquista T1D and T2D sales in the US and EU are now estimated to be $240m and $867m in 2028, according to an analyst report issued after Sanofi terminated its partnership. Prior to the FDA decision, total peak sales for the drug were estimated to reach $1.3bn in 2024 in the US alone, as per a separate analyst report.

The FDA asked the companies to develop methods and guidelines to mitigate the main concern of DKA risk, and there have been discussions with the agency post the CRL regarding potential ways to pursue this, said the Phase III investigator. Patients can be advised to not follow a low-carbohydrate diet but have 80–100g carbohydrates per day or told to stop the drug if they do not feel good, he explained, referring to the STOP DKA and STICH protocols developed by investigators in response to the observed DKA risk. The STOP DKA protocol includes suggestions like blood ketone monitoring and supplemental carbohydrates when ketones suggest incipient DKA and is considered to build on the STICH protocols.

The STICH and STOP DKA protocols were developed after the Phase III trials were completed, so they were not implemented as part of the trials, said the Lexicon spokesperson. However, noted Dr Marc Rendell, medical director, Rose Salter Medical Research Foundation, Newport Beach, California, approaches from the STICH and STOP DKA protocols were implemented in Zynquista studies, and despite monitoring during the trials, there was an increased DKA risk.

The FDA wanted to see evidence on whether Zynquista worked with the risk mitigation strategies, and this was one of the biggest challenges during the AdCom, said an EU nephrologist who is also a Sanofi consultant. Considering the absence of data that the risk mitigation strategies would work, the FDA decision was a sensible one, the nephrologist said. DKA incidences are extremely unpredictable, and in the Zynquista studies there was a risk seen not just for DKA but also ketosis and acidosis, Rendell added.

The DKA risk with SGLT inhibitors is 3.5 times more than with placebo, the nephrologist said, pointing to a meta-analysis of trials with AstraZeneca’s Farxiga (dapagliflozin), Boehringer Ingelheim’s Jardiance (empagliflozin) and Zynquista (Goldenberg et al; Diabetes Obes Metab. 2019 Jun 10). In real-world use, there could be an even higher risk of 6–7-fold, because patients are not as closely monitored as in a trial setting, he added.

Furthermore, Rendell noted, clinicians already advise patients to adopt certain changes to reduce the DKA risk, and the clinical suggestions included in the STOP DKA protocol do not offer anything new. Many T1D patients are experienced in using their insulin pumps and glucose monitors, and yet DKA episodes are unavoidable, he added.

Path ahead for Zynquista use in T1D

With an expected launch in Europe, there could be a robust way to capture postmarketing data, said the nephrologist. But it is not clear if there are any efforts to that effect right now, he added. Organisations like the Association of British Clinical Diabetologists that can do large-scale audits of new drugs could potentially track Zynquista use, he noted.

Use in European countries will indeed provide more information, but currently, there is very little to back Zynquista, added Rendell. In many countries, T1D patients are looked after by primary care physicians, who may not have the expertise to counsel patients on the risk, noted the EU nephrologist. The EMA’s decision was different probably because there is a much greater likelihood of specialists taking care of T1D patients in the EU, he said.

The first investigator expected Zynquista to be used off-label in T1D if approved for T2D, adding it would thus be better to take the company’s help and develop standards to reduce the DKA risk. Topline results from some of the key T2D studies from the InSynchrony programme are expected later this year, as per a 26 July press release.

However, Dr Teck Khoo, endocrinologist, Des Moines, Iowa, differed, saying that patients who consider SGLT2 inhibitors may be using them for other reasons like weight control and lowering blood pressure. But those benefits are not worth the risk, he noted, adding that he would not use Zynquista even off-label. The DKA risk has to be weighed against the potential benefit, and it is difficult to justify the use of these agents in T1D in the absence of long-term studies, said Rendell.

Moreover, T1D patients tend to be young and of childbearing potential, and these inhibitors cannot be used in women who are pregnant or those trying to get pregnant, which is an added concern, he noted. Also, considering the legal component in the US healthcare system, it will be hard to use Zynquista off-label, because physicians will be wary of the implications in case a patient has serious complications due to DKA, said Rendell and Khoo.

by Manasi Vaidya in New York
Manasi Vaidya is a Senior Reporter for Clinical Trials Arena parent company GlobalData’s investigative journalism team. A version of this article originally appeared on the Insights module of GlobalData’s Pharmaceutical Intelligence Center. To access more articles like this, visit GlobalData.