Human immunodeficiency virus (HIV) is a virus that attacks the body’s immune system and, without treatment, can lead to acquired immunodeficiency syndrome (AIDS). Due to advances in treatment over the last several decades, people with HIV are living longer than ever. A study published in the Annals of Internal Medicine earlier this month found that Americans living with HIV now have a similar life expectancy to those without the virus. GlobalData epidemiologists expect an increase in the diagnosed prevalent cases of the disease over the next decade, but as people with the disease are living longer, prevalent cases could exceed those currently forecast.

Edwards and colleagues compared 82,766 adults entering clinical care at 13 US North American AIDS Cohort Collaboration on Research and Design (NA-ACCORD) sites between 1999 and 2017 to a subset of the US population matched on demographic factors, calendar time and county. People entering HIV care were overall more likely to die over the next five years, with mortality rates almost 8% higher compared to the US general population. The study authors, however, found that this gap in mortality narrowed over time from 11% to around 3% among those entering care between 1999–2004 and 2011–2017 respectively.

Despite these gains in life expectancy, a small gap in mortality remains between Americans living with and without HIV. Reasons for this persistent gap could include treatment delays, as well as the impacts of substance abuse and comorbidities, which disproportionately affect people with the disease. GlobalData epidemiologists recommend additional studies to pinpoint the reasons behind this gap and the continued monitoring of trends in the prevalence of HIV. These study findings are, however, reassuring for the many Americans currently living with the disease. 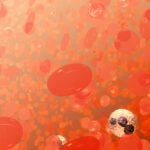 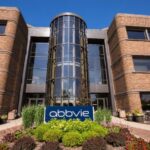