Last week, the US declared that the monkeypox outbreak presents a national health emergency, emphasising the risk that the spread of the virus may pose to Americans. The declaration came after 8,900 cases have been confirmed in 49 states, according to the US Centres for Disease Control and Prevention (CDC). While the spread of monkeypox is cause for concern, such concern is higher among men who have sex with men (MSM) due to the nature of monkeypox transmission and its high incidence in this population. Moreover, among MSM, those with human immunodeficiency virus (HIV) infection are at an even higher risk of severe disease and death due to a weakened immune system.

According to GlobalData, approximately 1.17 million men are living with HIV in the US this year, including both diagnosed and undiagnosed cases. Most of these cases are likely to occur within the MSM population. The latest HIV surveillance conducted by the CDC revealed that around 81% of new cases among men resulted from male-to-male sexual contact. Further exacerbating matters is a dearth of viral suppression. Assuming treatment trends among MSM are analogous to all men with HIV, according to the CDC, 44% of MSM (or 417,000 individuals) are not virally suppressed and therefore do not have their HIV infection under control.

Such a substantial number is problematic because the spread of monkeypox has primarily been limited to this group. The CDC’s most recent Morbidity and Mortality Weekly Report for 17 May to 22 July 2022 reveals that 94% of confirmed monkeypox cases have reported recent male-to-male sexual contact. Thus, the high overlap between both viral infections in the MSM population increases the risk for severe illness and even death from monkeypox infection.

While policymakers have correctly focused resources on preventing monkeypox infections in this group, they must pay special attention to racial minorities. Cases of monkeypox currently disproportionately impact Black and Hispanic individuals, who also make up a disproportionate amount of HIV cases among MSM and thus present a key prevention target. Finally, while much of the public is not at a considerable risk of monkeypox infection, it is crucial to remain vigilant and informed as the virus can still infect individuals outside this community. 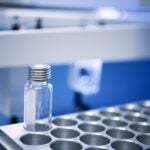