While the use of checkpoint inhibitors and targeted therapies has transformed outcomes for patients with cutaneous melanoma in recent years, the survival rates for patients with rarer forms of melanoma, including uveal, mucosal and acral melanoma, are still very poor. While some patients with rarer forms of melanoma may be treated with immune checkpoint inhibitors or targeted therapies, these therapies have proven much less effective in these patient groups. In addition, there are very limited options available for patients in which surgery is not curative, or those with metastatic disease.

Despite this, some promising therapies could emerge in the near future. Immunocore’s tebentafusp has recently been granted priority review by the US Food and Drug Administration (FDA) for the treatment of patients with uveal melanoma. This agent is also being assessed by the European Medicines Agency (EMA) under its accelerated assessment procedure. The priority review of tebentafusp means FDA approval could be granted as early as next February.

Results from the Phase III IMCgp100-202 trial of tebentafusp, a CD3/gp100-targeting bispecific fusion protein, were presented at the American Association for Cancer Research’s Annual Meeting earlier this year. The data revealed the trial had met its primary endpoint of improved overall survival (OS) compared to the investigator’s choice of therapy in previously untreated patients. The one-year OS was found to be 73.2% in the tebentafusp arm versus 58.5% in the comparator arm, with patients in the control arm receiving either Merck’s Keytruda (pembrolizumab) (82%), Bristol Myers Squibb’s Yervoy (ipilimumab) (12%), or dacarbazine (6%).

One limitation of this drug is that it is only effective in patients with human leukocyte antigen (HLA) A*02:01-positive melanoma. While this is thought to be the most common subtype in white patients (the group that makes up the highest proportion of uveal melanoma diagnoses), this means there will still be a substantial number of patients expressing different HLA subtypes who will not be eligible to receive tebentafusp. 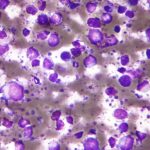 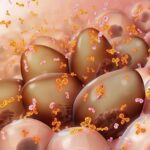 A second promising agent is Alkermes’ nemvaleukin. This is a cytokine-based therapy that is modelled on interleukin-2 and has been designed with the aim of increasing the activation of T-cells and natural killer cells while reducing toxicity associated with interleukin treatment. Nemvaleukin received a fast-track designation from the FDA in August for use in patients with mucosal melanoma who had failed therapy with a PD-L1 inhibitor. In March, nemvaleukin was also granted orphan drug designation for the treatment of mucosal melanoma by the FDA. The Phase II ARTISTRY-6 trial has now started recruiting and will investigate this agent in patients with cutaneous and mucosal melanoma.

The development of effective treatments for rarer forms of melanoma has lagged behind treatments for cutaneous melanoma. Cutaneous melanomas are associated with relatively high rates of mutations, which means these tumours respond well to immunotherapies such as immune checkpoint inhibitors like Keytruda and Bristol Myers Squibb’s Opdivo (nivolumab). The mutational landscapes of uveal and mucosal melanomas, however, are distinct from cutaneous melanomas and these tumours have proven far less responsive to immunotherapies, meaning distinct therapies are likely needed to treat these diseases.

Some of the advances that have been made in understanding rarer forms of melanoma may soon lead to clinical benefits for patients. Any incoming therapy positioned to treat metastatic disease is likely to do well and have a substantial impact on the market, since there is currently no established standard of care in this setting.