Irritable bowel syndrome (IBS) is a chronic, relapsing gastrointestinal (GI) disorder that is characterised by abdominal discomfort or pain, bloating, and changes in bowel habit. Due to the lack of a demonstrable structural abnormality to explain these symptoms, IBS is classified as a functional GI disorder. IBS is predominant in younger and middle age adults and gradually declines with increasing age of the population. 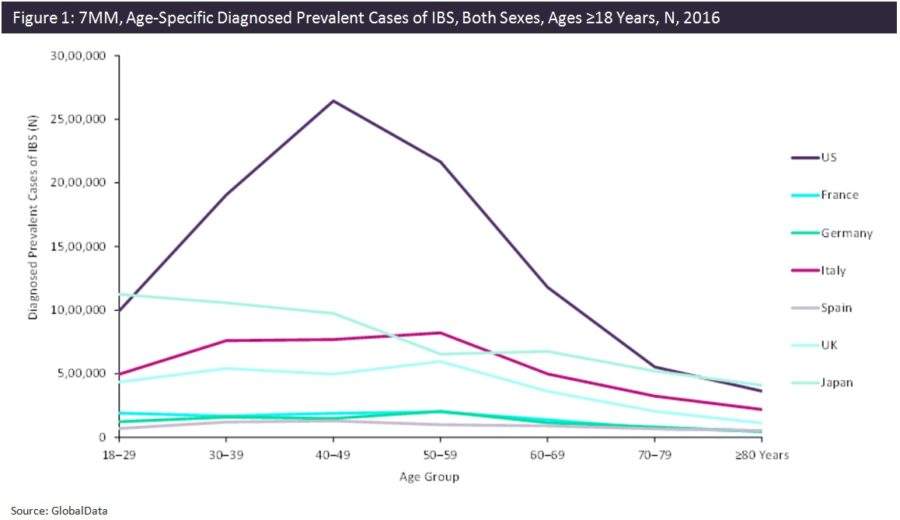 The exact cause of IBS is unknown, but experts believe increased sensitivity of the gut and problems digesting food as possible factors. There are currently no medications or surgical procedures that can cure IBS. Treatment goals include managing symptoms, maintaining remission, and preventing relapse. Experts suggest that dietary changes, reducing stress, and exercise are beneficial in managing symptoms of IBS. The findings from the forecast by GlobalData epidemiologists are that most of IBS occurrence is in adults ages between 40–49 years followed by 30–39 years.  As adults in these age groups are more at risk of developing IBS, treatment priorities should be aligned to address this imbalance. Population at risk should be monitored provide best adequate treatment including measures to alleviate symptoms and prevent severe flare-up of the disease.

24 Feb 2021
Registration is disabled.
We use cookies to ensure that we give you the best experience on our website. If you continue to use this site we will assume that you are happy with it.ContinueLearn more