Stroke is the second most common cause of mortality worldwide and the third in premature deaths and disability. According to the World Stroke Organisation, 13 million people are estimated to have their first stroke each year, with around 5.5 million of these strokes resulting in death. Acute ischaemic stroke, caused by a blood clot in an artery leading to the brain, is the most common type of stroke.

Reducing salt in the diet by substituting sodium with potassium can lower blood pressure, which reduces the risk of stroke; it is estimated that high blood pressure accounts for 54% of all strokes worldwide, making hypertension the leading risk factor. A recent study by Neal and colleagues, published in the New England Journal of Medicine, found that using salt substitutes was a cost-effective solution to significantly lower the risk of stroke, heart disease and death in China. The findings from this study could impact dietary or public health guidelines across all of China and if adopted, could lead to a decrease in the diagnosed prevalent cases of acute ischaemic stroke over the next decade.

In the study by Neal and colleagues, one of the largest dietary interventions ever conducted to date, the George Institute for Global Health China Salt Substitute and Stroke Study (SSaSS), 20,995 participants, either with a history of stroke or older than 60 years of age with poorly controlled blood pressure, were enrolled from 600 rural villages across five provinces in China. Study participants were followed for around five years; those who used a salt substitute (25% potassium chloride) for cooking and seasoning showed a 14% reduction in risk of stroke, 13% reduction in risk of major cardiovascular events, and 12% reduction in risk of death compared to the group who used regular salt.

While the study data were analysed for rural China only, the results have broader implications for urban China as well. According to GlobalData epidemiologists, the diagnosed prevalent cases of acute ischaemic stroke in men and women aged 18 years and older in urban China are expected to exceed 6.3 million this year; this number is estimated to increase slightly to more than 8.0 million by 2027 (as shown in Figure 1). If dietary recommendations change in the near future and the incorporation of salt substitutes is widely adopted, however, this may translate to a decrease in acute ischaemic stroke cases that falls below current forecast estimates. 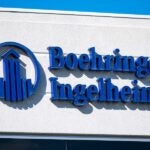 The main source of sodium comes from salt; most adults exceed the recommended maximum salt intake of 6g (2.4g sodium) per day. A high sodium intake coupled with low potassium intake contributes to high blood pressure. The World Health Organisation (WHO) states a sodium intake of less than 2g (less than 5g of salt) can help in lowering blood pressure and thus reduce the risk of stroke, cardiovascular disease and coronary heart attack. Modifiable risk factors (ie. hypertension, smoking, alcohol use and obesity) are attributable to almost half of all stroke-related deaths. The WHO estimates 2.5 million deaths can be prevented each year just by reducing salt intake to the recommended amount. Incorporating a salt substitute to reduce salt intake may not only help to reduce the number of strokes, but improve patient outcomes.