Sleep-disordered breathing (SDB) refers to a group of physio-pathological conditions characterised by abnormal respiratory patterns during sleep. The most common is obstructive sleep apnoea (OSA), the intermittent relaxation of throat muscles that causes breathing to stop and start, sometimes hundreds of times, throughout the night. OSA’s severity is measured by the apnoea-hypopnoea index (AHI) and its link to hypertension in the general population is widely established. According to the US-based Sleep Foundation, 30% to 40% of OSA patients have hypertension. Knowledge gaps still exist on how SDB during pregnancy and/or post-delivery impacts maternal health in terms of increased risk for hypertension but, new research from the University of Pittsburgh School of Medicine has deepened the understanding of SDB during pregnancy and/or post-delivery in increasing the risk of hypertension in women.

Recognising the link between SDB during pregnancy and increased risk of hypertension is crucial in reducing adverse health outcomes due to complications from hypertension such as heart disease and stroke. Increased awareness can lead to advocacy for SDB screening to become standard protocol for pregnant and post-delivery women to detect potential SDB cases and thus reduce hypertension in women through prevention. GlobalData epidemiologists estimate there will be just under 500 million diagnosed prevalent cases of hypertension by the end of this year in the sixteen major pharmaceutical markets (16MM: US, France, Germany, Italy, Spain, UK, Japan, Australia, Brazil, Canada, China, India, Mexico, Russia, South Africa and South Korea), and that this number is predicted to grow to nearly 520 million cases by the end of 2027. Although hypertension can be easily managed with medication and lifestyle changes upon early diagnosis, a better approach is to recognise where potential risk factors lie to mitigate the chance of developing hypertension in the first place.

The study by Facco and colleagues supports the steadily growing body of evidence that suggests SDB is more common in pregnant women than their non-pregnant counterparts, likely due to physical, physiological and hormonal changes. It also highlights the importance of testing for SDB in women during pregnancy and post-delivery to reduce the risk of hypertension and, thus, its associated complications. 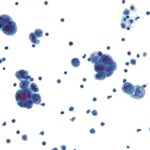 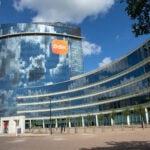