Diet is a notable modifiable risk factor for colorectal cancer, which is currently the third most diagnosed cancer in the US and the second leading cause of death from cancer worldwide. Ultra-processed foods, such as ready-to-eat meals or ready-to-heat formulations that include little to no whole foods, have become an increasingly common dietary stable for adults in the US in the last few decades. Ultra-processed foods unfavorably alter the gut microbiota and increase a person’s risk of obesity, which is an established risk factor for colorectal cancer. Beyond providing poor nutritional value, they also lack the bioactive compounds that may offer protective benefits against colorectal cancer, such as calcium, vitamin D, and fiber. However, a diet high in ultra-processed foods puts men at more risk of developing colorectal cancer.

Wang and colleagues analyzed data from health professionals that was taken from three large US prospective cohorts. All participants included in the analysis had no prior diagnosis of cancer, ulcerative colitis, or a history of implausibly high or low caloric intake at the baseline year. The final cohort comprised 67,425 women ages 25–55 years and 92,482 men ages 40–75 years who disclosed their lifestyle and medical conditions every two years in a questionnaire for 24–28 years of the follow-up period. A positive association among men was observed between higher meat/poultry/seafood-based ready-to-eat products and sugar-sweetened beverages and colorectal cancer. Men in the highest 20% for consumption of ultra-processed foods had a 29% increased risk of colorectal cancer compared to those in the lowest 20%. However, no significant association was found between women in the highest 20% versus the lowest 20%.

These findings bring valuable knowledge of how consuming ultra-processed foods affects men differently from women, and can be used to inform public health decisions and to promote regular check-ups better to screen for colorectal cancer among men, as they are the more vulnerable group. Further research in this field could be helpful in answering the question of why this gender disparity exists between the risk of colorectal cancer and the consumption of ultra-processed foods, as well as whether the type of processed food groups consumed has a significant impact on the risk of developing colorectal cancer. 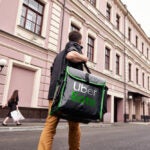