The current schizophrenia treatment landscape includes many established atypical antipsychotic products that can help manage the positive symptoms of the disorder such as hallucinations, delusions, and disorganized speech. However, these are only effective in a portion of patients. Furthermore, the impact of marketed antipsychotic medication on the cognitive and negative symptoms of schizophrenia are minimal. As such, the schizophrenia market needs products with novel mechanisms of action.

In June 2022, 84 high-prescribing psychiatrists from the seven major markets (7MM: US, France, Germany, Italy, Spain, UK, and Japan) were surveyed on the current trends in the treatment of schizophrenia. Treatment options to target cognitive impairment, treatment-resistant disease, and the negative symptoms of schizophrenia were consistently ranked by respondents as the most significant unmet needs in the schizophrenia market (ranking from 1 to 9, where 1 indicated the most significant need and 9 the least important). This trend was mirrored throughout the 7MM. Figure 1 shows the average ranking from the 84 respondents.

Key opinion leaders (KOLs) interviewed by GlobalData indicated that 30% of patients have a partial response to antipsychotics, as residual symptoms remain even after treatment. Another 30% of patients are treatment-resistant and fail to respond to at least two different antipsychotic drugs, including an atypical antipsychotic.  Only one drug is indicated for treatment-resistant patients: clozapine, a drug associated with severe neurological and metabolic side effects. If patients do not respond to clozapine treatment, it leaves psychiatrists with no further treatment options to administer to their patients. 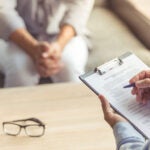 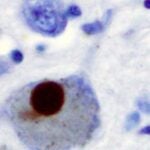 Luckily, several pipeline drugs with novel mechanisms of action are in development that may help address these unmet needs. For example, Neurocrine Biosciences’ Ingrezza (valbenazine), Karuna Therapeutics’ KarXT (trospium chloride + xanomeline), and Acadia Pharmaceutical’s Nuplazid (pimavanserin tartrate) are adjunctive therapies with novel mechanisms of action that may help manage the positive and negative symptoms of schizophrenia in patients who do not respond adequately to standard treatment. In addition, Boehringer Ingelheim’s BI-425809 and Biogen’s BIIB104 (pesampator) are in late-stage development to target cognitive impairment associated with schizophrenia. Furthermore, Minerva Neurosciences’ roluperidone is under investigation to specifically manage the negative symptoms in adult patients with schizophrenia.

GlobalData believes is an exciting time within the schizophrenia space, with numerous monotherapies and adjunctive therapies being developed to address some of the most important unmet needs observed with current antipsychotic treatments. KOLs were hopeful that these novel pipeline agents might help provide more complete symptom relief to a larger patient population with schizophrenia.