Urothelial carcinoma, the most common histological subtype of bladder cancer in the US and Europe, is also the most common malignancy of the urinary system. Metastatic urothelial carcinoma represents a small fraction of the bladder cancer cases, yet has the worst prognosis. For years, metastatic urothelial carcinoma has been treated with platinum-based chemotherapy alone, and only in recent years have new therapies begun to cause a shift in the treatment paradigm. At the virtual European Society for Medical Oncology (ESMO) Congress, held from September 19–21, data from some of the highly anticipated clinical trials in metastatic urothelial carcinoma were presented. In the Phase III JAVELIN Bladder 100 trial, Merck KGaA/Pfizer’s Bavencio (avelumab) demonstrated significant and prolonged overall survival (OS) benefit in chemo-responsive patients as a first-line maintenance therapy when given alongside best supportive care. As the outcome from this study is likely to substantiate a “new standard” in the first-line maintenance setting, the confirmatory Phase III EV-301 trial for Seattle Genetics and Astellas’ Nectin-4 directed antibody-drug conjugate (ADC) Padcev (enfortumab vedotin) supports an increased adoption of this therapy as the “go-to” option for heavily pretreated patients.

Immune checkpoint inhibitors (ICIs) such as Merck & Co.’s Keytruda (pembrolizumab), Bristol-Myers Squibb’s Opdivo (nivolumab), Roche’s Tecentriq (atezolizumab), Merck KGaA/Pfizer’s Bavencio, and AstraZeneca’s Imfinzi (durvalumab) are already being used to treat patients who are ineligible for, or have disease progression on, chemotherapy. Recently, Merck’s Keynote-361 trial and AstraZeneca’s DANUBE trial have both failed to show superiority of ICI + chemotherapy over standard chemotherapy alone in previously untreated patients. Despite the reported progression-free survival (PFS) benefit in the Phase III IMVigor130 trial for Tecentriq + chemotherapy in the same treatment setting, more data are required to ascertain the significance of the PFS benefit as well as to assess the OS benefit. In light of the mixed results in the first-line therapy setting, Merck KGaA/Pfizer could capture a rare lead with Bavencio over other blockbuster ICIs for the time being.

In addition to ICIs, there has been a trend towards testing targeted therapy approaches and ADCs, especially in heavily pretreated patients. In the EV-301 trial, Padcev significantly enhanced both OS and PFS, with 39% reduction in risk of progression or death. Following the FDA approval in December 2019, the results from this confirmatory trial are likely to establish Padcev as a preferred option for patients who have relapsed or recurred following treatment with chemotherapy and ICI. Another ADC that was showcased at ESMO 2020 include Immunomedics’ sacituzumab govitecan, a Trop2-directed ADC, investigated in heavily pretreated metastatic urothelial carcinoma. Although the median OS of 10.5 months and median PFS of 5.4 months, according to Phase II TROPHY U-01, were encouraging and support the Fast Track Designation previously granted by the FDA, the overall response rate (ORR) of 27% came up short compared to Padcev’s 44% ORR in its single arm Phase II trial. Nonetheless, Padcev is currently being investigated as a first-line option in combination with Keytruda in the EV-302 trial, and according to the preliminary results, the combination has reached a 73% ORR with substantial therapeutic activity. Given that Padcev + Keytruda has the potential to become a first-line treatment option in the future, there will be room for sacituzumab govitecan as a second-line treatment option based on the encouraging results from ongoing trials. 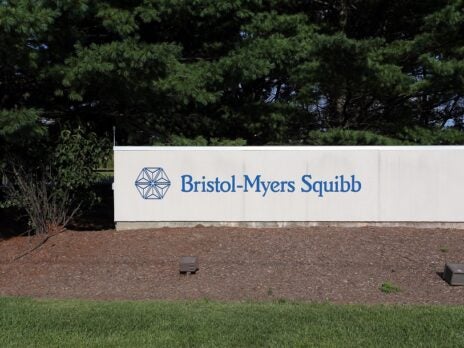