New data from the Centers for Disease Control and Prevention (CDC)’s National Health and Nutrition Survey (NHANES) suggest that hepatitis C virus (HCV) antibody prevalence may be higher than previously expected in the U.S. Despite the availability of new treatments that effectively cures HCV, the disease remains a significant burden in the U.S.

HCV can cause both acute and chronic liver infection. According to the World Health Organization (WHO), an estimated 130–150 million individuals worldwide are affected with chronic HCV and about 500,000 people died of HCV-related conditions, including liver cirrhosis and hepatocellular carcinoma (HCC), in 2010.

The two predominant methods for testing for hepatitis C infection are testing for HCV antibodies (Anti-HCV) in the blood and testing for the presence of HCV RNA in the blood. A positive Anti-HCV test result means a person had HCV infection in the past, though the virus may have cleared from the body. 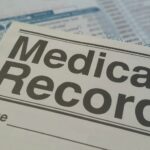 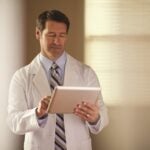 A positive HCV RNA test result means a person has active HCV virus replication in their body and is currently experiencing active disease. Figure 1 presents the number of total (diagnosed and undiagnosed) prevalent cases of HCV (Anti-HCV+ and HCV RNA+) in men and women, ages 18 years and older, in the U.S. in 2016 estimated by GlobalData and by NHANES/CDC.

Curative Treatments for HCV are working

GlobalData epidemiologists estimated that there were around 3.5 million prevalent cases of Anti-HCV+ and 2.4 million cases of HCV RNA+ in 2015 in U.S. adults, based on data from NHANES 2001–2010. However, with the latest update to the NHANES data, the CDC suggests that there were actually more than 4 million prevalent cases of ANTI-HCV+ in U.S. adults but roughly the same amount of HCV RNA+ as forecast by GlobalData. The new data suggest that the burden of HCV in adults in the U.S. is higher than previously expected, though the number of people with active disease remains relatively the same.

The apparent rise in HCV prevalence in the adult population does not have a clear reason, but one potential cause is the current and ever-spreading opioid crisis. HCV is a blood-borne disease that is easily transmitted through shared use of intravenous needles; it is possible that HCV prevalence will continue to rise in the highest risk populations. The increase in anti-HCV+ cases only could also signify that curative treatments for HCV are working and becoming more prevalent, thus increasing the life span at which HCV antibody would be detected or that mortality from active disease is rising, thus reducing the number of active cases available for testing.