GlobalData’s proprietary model uses a combination of machine learning and an algorithm to calculate an individual drug’s Phase Transition Success Rate (PTSR) and Likelihood of Approval (LoA). While LoA provides the probability of a drug ultimately receiving market authorization, PTSR indicates the probability of a drug’s advancement to the next stage of clinical development. The model uses data points from the individual drugs, clinical trials, regulatory milestones, company, and financial databases.

The potential for Roche’s Cotellic (cobimetinib) development in estrogen receptor-positive (ER+) breast cancer to advance to the next development stage dropped to 22% as of 13 August after data was reported from a Phase I/II study. Prior to this data release Cotellic’s PTSR was 37%.

An investigator-led Phase I/II study, sponsored by the Vanderbilt-Ingram Cancer Center in Tennessee, was terminated early due to low accrual or loss of funding, as per the study’s entry on ClinicalTrials.gov. The trial had an arm to evaluate Cotellic in combination Roche’s Tecentriq (atezolizumab) and another for Tecentriq with Roche’s MDM2 antagonist idasanutlin. 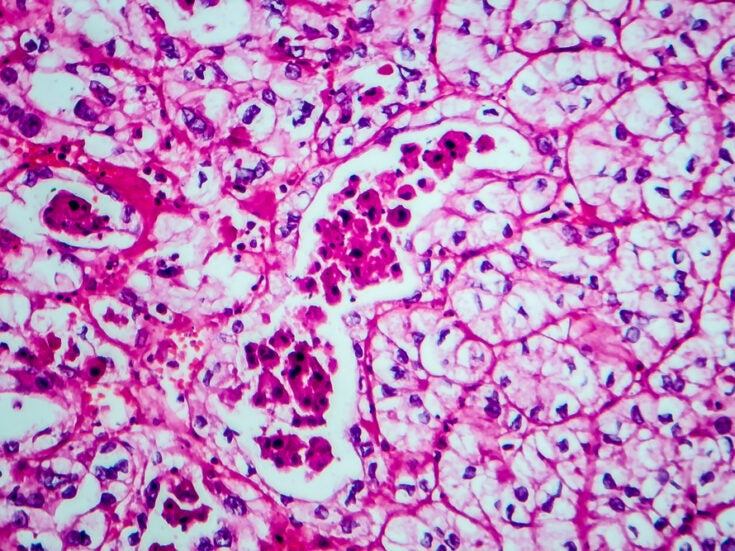 In the most recent update on 11 August, study results were posted on ClinicalTrials.gov. All five patients treated with the Tecentriq/cobimetinib combination did not complete the study, and there weren’t enough patients to calculate the overall response rate (ORR), which was one of the primary endpoints. Among the same five patients treated with the combination, one serious AE each of decreased neutrophil counts, arthralgia and back pain, was reported. Originally the trial was set to enroll 80 patients, but this was changed in December 2019 to represent the actual recruitment of 12 participants.

Cotellic is approved to treat unresectable or metastatic melanoma with a BRAF V600E or V600K mutation, in combination with Roche’s Zelboraf (vemurafenib). The drug’s LoA dropped by five points to 8% after this update.

Gossamer Bio’s GB1275 saw its PTSR plummet across solid tumour oncology indications after its Phase I/II trial terminated. The PTSR dropped 24 points to 17% in adenocarcinoma of the gastroesophageal junction and esophageal squamous cell carcinoma (ESCC), and it dipped 20 points to 11% in small-cell lung cancer and renal cell carcinoma. These score changes occurred on 19 August after Gossamer announced it would discontinue GB1275 clinical development in a 9 August earnings release.

The 242-patient Phase I/II study tested GB1275 as a monotherapy and in combination with either pembrolizumab or chemotherapy, but that clinical program is now discontinued, the earnings report stated. GDB1275 is an oral CD11b modulator designed for solid tumor indications. Outside of GDB1275, Gossamer has ongoing clinical development programs for GB002 (seralutinib) in pulmonary arterial hypertension and GB004 for inflammatory bowel disease.

Entasis Therapeutics’ sulbactam-ETX2514 for infections caused by accinetobacter baumannii-calcoaceticus complex (ABC) saw jumps in its LoA across multiple indications after its Phase III trial completed. The LoA rose seven points to 33% in bacteraemia, six points to 41% in ventilator-associated pneumonia (VAP), and four points to 44% in urinary tract infections. These LoA score changes occurred on 17 August after ClinicalTrials.gov updated the trial from recruiting to completed on 13 August.

The 207-patient Phase III study had 28-day all-cause mortality as its primary efficacy endpoint and incidence of nephrotoxicity as its primary safety endpoint, according to ClinicalTrials.gov. The trial was divided into two parts—a randomised, controlled portion and a single-group portion for treatment resistant patients. ABC bacteria, which can be found in soil and water, can cause infection outbreaks in hospitals, particularly in immunocompromised patients.

As of 13 August, Novartis’s spartalizumab for nasopharyngeal cancer had its PTSR fall by 17 points to 13% following the completion of a Phase II trial and the release of its results.

The trial failed to achieve its primary endpoint of progression-free survival of two years. The 122-patient, randomised, open-label Phase II study aimed to evaluate the safety, efficacy and pharmacodynamics of spartalizumab in treating patients with advanced nasopharyngeal cancer. The updated trial status and its results were posted to ClinicalTrials.gov on 12 August. Spartalizumab targets programmed cell death 1 (PD1) and is also under development for the treatment of several other indications including non-small cell lung cancer, clear cell renal cell carcinoma and ocular melanoma.

The Phase II trial updates had no effect on the drug’s LoA.