A paediatric hepatitis outbreak of unknown cause has continued to grow, with 348 probable cases and 70 additional cases under investigation across five World Health Organisation (WHO) regions as of 10 April. Typical symptoms of the disease include nausea, vomiting, belly pains and jaundice, while severe hepatitis with acute liver failure is rare in healthy children. In this outbreak, however, several cases have experienced additional more serious complications, including liver failure.

As of 6 May, 109 cases among children have been identified in 24 US states and Puerto Rico. In the US, five children under the age of 10 have died and an additional 15 children have required a liver transplant. Without understanding the nature and origin of the outbreak, which is critical to disease control efforts, there is a risk that the outbreak may continue to escalate.

Hepatitis is the inflammation of the liver and, in children, is typically caused by viral hepatitis types A, B, C, D and E. In addition to elevated levels of liver enzymes, many cases have reported gastrointestinal symptoms, including abdominal pains, diarrhoea and vomiting. Investigations conducted in the UK, where the outbreak was first identified, have ruled out viral types A–E, in addition to other known causes of acute hepatitis.

While hepatitis A–E have been ruled out, it is still meaningful to examine the magnitude of cases of hepatitis A, the most common type of hepatitis affecting children. In the UK, GlobalData epidemiologists forecast that diagnosed incident cases of hepatitis A in all ages are expected to reach nearly 500 cases by the end of this year. With this number providing context, it is concerning that the unknown hepatitis cases in the UK have already surpassed 150. In addition, as children are not eligible to receive the Covid-19 vaccine, this has also been excluded as a potential cause. 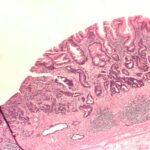 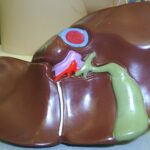 Supported by the WHO, public health authorities worldwide are currently exploring possible causative agents by examining clinical and exposure histories of cases, toxicology testing, and microbiological and virological testing. One hypothesis is that adenovirus may potentially be linked to the outbreak. Adenoviruses, which cause respiratory illness, are spread by respiratory droplets, close personal contact and contact with fomites. Following low levels of circulation in the earlier stages of the Covid-19 pandemic, the UK has recently observed increased community transmission of adenovirus infections.

The UK Health Security Agency (UKHSA) conducted pathogen testing on samples from confirmed hepatitis cases, to explore the presence of co-infections. One UKHSA report published on 25 April found adenovirus to be the most common pathogen, detected in 40 out of 53 cases that were tested. One subtype, 41F, was particularly common, having been identified in all samples tested. Similarly in the US, adenovirus had been detected in approximately half of patients as of 6 May, according to the Centres for Disease Control and Prevention (CDC). In addition, many cases have been identified with a current Covid-19 infection or with Covid-19 antibodies present.