Earlier this month, Wymant and colleagues reported the discovery of a new, highly virulent variant of subtype-B HIV-1 in the journal Science. The new variant, named VB, was discovered after genome sequences from the European BEEHIVE (N=2,446) dataset found 17 individuals had a distinct variant. It was then confirmed when genome sequencing from the Dutch ATHENA dataset (N=5,272) revealed there were an additional 15 individuals with the variant. After assessing the viral loads, CD4 cell counts and survival probability from these variants compared with the rest of the dataset, VB was associated with a 3.5 to 5.5-fold increase in viral load and more rapid CD4 cell declines, which exacerbate the speed at which individuals develop acquired immunodeficiency syndrome (AIDS). The variant is, fortunately, amenable to antiretroviral therapy (ART) and may not pose a direct epidemiological threat, but its discovery still underscores the need to mitigate the global human immunodeficiency virus (HIV) epidemic.

Efforts to prevent future HIV infection have traditionally centred around the HIV treatment cascade, which includes increases in HIV testing and linkage to ART until viral load suppression (VLS) is achieved. According to GlobalData, total prevalent cases of HIV (which includes both undiagnosed and diagnosed cases) are anticipated to exceed 2.3 million by 2029 in the seven major pharmaceutical markets (7MM), namely the US, France, Germany, Italy, Spain, UK and Japan. Of these cases, roughly 2.0 million will be diagnosed and only a little over 1.6 million individuals will be on ART. The steep drop-off indicates that more than 700,000 individuals will be at higher risk of developing AIDS and transmitting HIV, given that ART adherence remains the only way to achieve VLS and effectively eliminate the odds of seroconversion. Outside the 7MM, the drop-off in the cascade is more pronounced as inequities in testing and ART access are greater than within the 7MM. According to the World Health Organisation (WHO), more than 70% of cases are concentrated in Africa and Asia, where services are less pervasive. As such, cases in these regions are significantly more likely to go undiagnosed, let alone achieve VLS.

As the VB variant has shown, HIV can become more virulent and place many people at additional risk for HIV infection, particularly as transmission shifts to heterosexual groups. The best way to reduce the probability of such a variant emerging, as with Covid-19, is to prevent transmission. Prevention efforts include improvements to the HIV treatment cascade and pre-exposure prophylaxis (PrEP) scale-up. While VB’s susceptibility to ART is fortuitous, this may not be the case in the future. There is a silver lining to the discovery of a new HIV variant, however. The VB variant had been circulating in the Netherlands since the early 1990s and remains concentrated there, suggesting that current efforts to mitigate the HIV/AIDS epidemic could be effective. 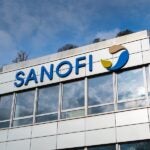