On 13 January, UNION Therapeutics registered a Phase IIb, randomised, double-blind, placebo-controlled, parallel-group, dose-ranging study to evaluate the efficacy and safety of the phosphodiesterase-4 (PDE4) inhibitor, orismilast, in adults with moderate-to-severe plaque psoriasis (PsO). Orismilast (20mg, 30mg and 40mg) is expected to be tested in 200 subjects, with its efficacy being measured by percentage change from baseline in Psoriasis Activity and Severity (PASI) scores at week 16. The proportions of patients achieving a 75% reduction in symptoms (PASI75) and Investigator’s Global Assessment score improvement are currently listed as key secondary endpoints. This trial, NCT05190419, is expected to begin in both the US and Europe. If approved, orismilast would be the second oral PDE4 inhibitor to enter the space and the third member of the class overall, trailing behind Amgen’s Otezla (apremilast) and Arcutis’ topical PDE4 inhibitor roflumilast, the latter of which is expected to gain approval later this year.

Although historically dormant compared to the injectable biologic development space, the PsO small molecule market is expected to grow significantly over the next ten years. In addition to roflumilast, orismilast joins another four PsO pipeline small molecule therapeutics: Dermavant’s tapinarof, Bristol-Myers Squibb’s deucravacitinib, Can-Fite’s piclidenoson, and Dr Reddy’s tepilamide fumarate. Because the injectable biologic space is so saturated, small molecule development allows new players to enter the PsO arena. In addition, key opinion leaders (KOLs) are particularly optimistic about the small molecule agents, as there is a negligible risk of drug immunogenicity compared to their biologic counterparts.

Orismilast would be considered a late entrant in the PsO small-molecule space. The drug’s main competition is Otezla, which has been an industry staple for several years already. Last month, Otezla became the first therapy approved for all severities of PsO. Given the typical developmental timeline for this indication, it is also likely that orismilast will launch concurrently to Otezla’s patent expiry in 2028 and the subsequent launch of apremilast generics. Because generic small molecules have historically been priced at a steep discount to their branded counterparts, this could significantly curtail orismilast’s future earnings. With generic apremilast available, payers may need to use the generic as a step-therapy before initiating orismilast. If UNION wants to position orismilast as a potential first-line agent, it may be forced to price the product inexpensively in order to remain competitive. One strategy to achieve this would be partnering with a more established manufacturer so that orismilast could be contracted in a bundle with other products.

Despite this, KOLS and payors interviewed by GlobalData believe that there are still ways for new companies to enter the space if they are savvy with their corporate strategies. If UNION can demonstrate orismilast’s superior efficacy and safety compared to Otezla, competitively negotiate with payors and potentially diversify into other, undertreated subtypes of psoriasis, the company may yet be able to stake a claim on the market. 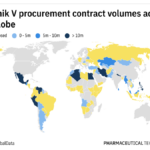 Comment
Russia sanctions: what next for Sputnik Covid-19 vaccine production around the world? 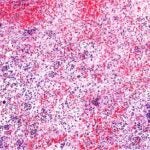