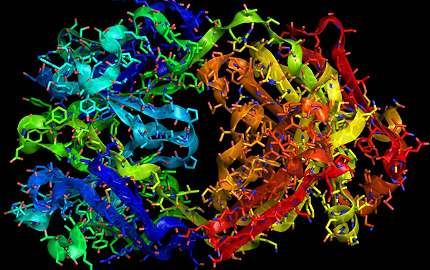 As modern-day approaches to tackling cancer become ever more sophisticated, many of the long-standing paradigms of cancer treatment are beginning to be challenged. For anyone facing the prospect of chemotherapy, the laundry list of potential side effects, most commonly hair loss, nausea and damage to the immune system, has been an intimidating but unavoidable part of the process.

For many years, the pharmaceutical industry and academic researchers have been working on targeted therapies to kill cancer cells while minimising damage to healthy cells. This demand has pushed forward the development of monoclonal antibodies, which are designed to attach themselves to cancer cells based on particular proteins that serve as markers for tumour cells.

Although these antibodies have proved highly effective at making their way to tumour sites, their potential for actually killing cancer cells once they arrive is far lower than traditional cytotoxic agents, which pack a much more powerful anti-cancer punch but are more toxic as they are delivered systemically. As a result, monoclonal antibodies such as Herceptin and Rituxan are often used in combination with systemic small molecule treatments, and many cancer therapies have become a delicate balancing act between potency and tolerability.

This tricky balance is a serious inhibitor on the effectiveness of cancer treatments, and the most potent treatments are often too aggressive to be used by the late-stage cancer patients for whom they could be life-saving. Dr Chris Martin, CEO of UK-based biotechnology company Spirogen, provides an apt description of this compromise between targeted treatment with antibodies and powerful but toxic small molecule treatments.

“Crudely, [using antibodies] is like having a guided missile,” he says. “The guided missile is useless without a big warhead. And similarly, carpet bombing is not a very effective thing to do.”

But breakthroughs in the development of antibody-drug conjugates (ADCs) during the last ten years have opened up a new wave of anti-cancer therapeutics, one that could sidestep the traditional trade-off between strength and side effects. ADCs combine the benefits of tumour-targeting monoclonal antibodies with the cytotoxic payload of cancer drugs, by linking them together.

Through a complex process of chemical engineering and pharmacokinetics, research companies have now worked out how to connect cytotoxic agents to antibodies using synthetic “linkers”, which remain stable in the bloodstream until they are absorbed into tumour cells, at which point the drug is released.

“The new wave of therapeutics could sidestep the traditional trade-off between strength and side effects.”

The cancer cells are identified by specific proteins that act as tumour-specific cell surface markers, allowing drug developers to create ADC chemistries that are designed to be absorbed by the cells of specific cancer types.

If systemic chemotherapy is like carpet bombing and antibodies act like guided missiles, then ADCs are the laser-guided atomic bombs of the anti-cancer world. “I think it will open up a whole area of disease treatment that has just been completely untreated,” says Martin. “In other words, it’s a completely unmet need.”

Despite the immense complexity of developing antibody-drug conjugates, their potential as the next-generation of highly potent, highly tolerable cancer treatments has spurred a rush of development and research form biotechs and pharma companies of various sizes.

“I don’t think there is a major pharma or a mid-sized pharma with interest in cancer that doesn’t have [an ADC] programme or isn’t scrambling to put one together,” Celtic Therapeutics managing general partner Stephen Evans-Freke told the New York Times earlier this year.

The range of ADC technologies

Although the broad concept behind ADCs is similar across the board, different companies are employing a host of different small molecules, antibodies and linkers to effectively attack various cancer types.

Seattle Genetics, based in Bothell, Washington, US, is a market leader in ADC development; its Adcetris treatment was approved by the US Food and Drug Administration (FDA) for Hodgkin lymphoma and systemic anaplastic large cell lymphoma in August 2011, making it currently the only FDA-approved ADC. The company’s president and CEO Dr Clay B. Siegall is confident that SeaGen’s method of combining cancer drugs with antibodies can improve tumour targeting and treatment potency by an order of magnitude.

“The key components of our ADC technology are the stable linkers and the synthetic cytotoxic agents,” he says. “The linkers we use have been shown in preclinical models to be up to ten times more stable in blood than conventional means of attaching drugs to antibodies. The drugs we use, specifically auristatins, which are a class of microtubule-disrupting agents, are 100- to 300-fold more potent than traditional chemotherapy drugs in preclinical models. When attached to the antibody, they are designed to result in targeted cell-killing.”

Although Adcetris is still the only FDA-approved ADC on the market, this is not a position it will likely hold for long. Dozens of other ADC treatments are in various stages of development, using a host of different combinations of drugs, antibodies and stable linkers. While auristatins are the drug of choice for SeaGen, its rival ImmunoGen has developed mertansine for use in its own ADC treatments, while UK-based ADC developer Spirogen works with its proprietary pyrrolobenzodiazepines (PBDs).

As ADC development continues to mature, pharma companies are continuing to refine the individual elements of ADC treatment, as well as how these components interact. Every aspect of an antibody-drug conjugate can be engineered with incredible detail to serve a particular purpose, from the chemistry of the drug itself to cleavable or non-cleavable linkers and the humanisation of antibodies to reduce the body’s immunogenic response.

“The pharmacokinetics of the antibody, of the drug, of the antibody-drug conjugate, the amount of drug that is cleaved systemically before it goes into a cancer cell – there’s a whole number of variables, and the interplay between the components and those variables is not yet predictable,” says Martin.

“The improvements that have been made are in developing the various components. Also, developing the processes by which you put them together, so that you end up with something that is far more pure. For example, you can have site-specific conjugation, so you know exactly where on the antibody you are putting the drug, whereas previously people have tended to use a more random approach.”

The pharma and biotechnology industries are currently circling the peripheries of the wide world of ADC development. Antibody-drug conjugates got off to an inauspicious start when Wyeth’s Mylotarg, the first FDA-approved ADC for the treatment of acute myeloid leukaemia, was taken off the market in 2010 after it was found that the treatment increased fatal toxicity rates without providing an appreciable benefit.

But with more companies working on ADC technologies and the number of trials continuing to rise, the foundation for rapid advancement has been laid. “Our goal is to establish Adcetris as the foundation of therapy for a broad array of CD30-positive malignancies,” says Siegall. “There are more than 20 ongoing clinical trials that are testing Adcetris in different types and stages of disease, retreatment and consolidation.”

As companies continue to refine their expertise in specific areas of the ADC field, extensive collaborations for mutual benefit are becoming extremely common, with antibody specialists drawing on the knowledge of linker and toxin experts, and vice versa.

“We collaborate with the owners of antibodies and people who are experts on targets,” says Martin. “We bring our own expertise in terms of the toxins and the linker and the pre-clinical development. Celtic Therapeutics [a major shareholder in Spirogen] has a lot of clinical development expertise. So obviously collaboration for any particular drug is very important. And more broadly across the industry, people are beginning to share the results of their research that has been effective.” 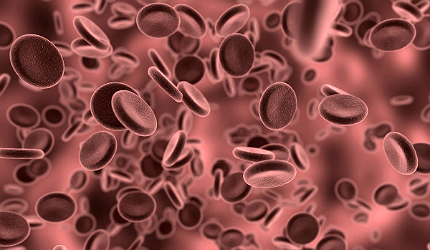 ADCs are designed to remain stable in the bloodstream. Image courtesy of gerard79.

Seattle Genetics’ prolific record of collaboration on ADCs provides both research and financial advantages, says Siegall. “Licensing agreements for our ADC technology generate financial benefit, and extend its reach into programmes being developed by our collaborators,” he says.

“In some cases, these provide us with future pipeline opportunities through co-development or opt-in rights to new ADC product candidates. Through our robust pipeline and the broad application of our technology by collaborators, more than 15 ADCs are now in clinical development that utilise Seattle Genetics’ proprietary ADC technology.”

The benefits of these collaborations for patients are obvious. TDM-1, an ADC indicated for the treatment of HER2-positive metastatic breast cancer, was developed by a partnership between Genentech and ImmunoGen, and has already been helping patients in multiple Phase III trials. With the FDA granting priority review to the treatment earlier in November and the European Medicines Agency following suit, full approval seems imminent.

Martin says that although ADC treatments will hardly be cheap – a course of Adcetris reportedly costs more than $100,000 – the fact that the treatment is based on identifiable markers that make it easy to “know whether a patient is positive for that marker or not”, it’s much more likely that patients who undergo these treatments will benefit from them. “I think it’s more likely that there will be a very good health-economic benefit of these drugs than the drugs will be particularly cheap,” he says.

ADCs still have a long road to travel before they are widely available to patients and their potential is fully tapped – there are always more ways to engineer the conjugates and more cancer targets to identify. But researchers seem to have turned a corner in ADC development, with a raft of new treatments likely to be approved during the next few years. And the prospect of delivering a powerful punch to tumour cells while massively reducing debilitating side effects is one that should bring a great deal of hope to the fight against one of the world’s most deadly diseases.

Most cancer drugs are not as effective as doctors would like them to be because the amount that can be administered is limited by toxicity. But a new technology, Accurin, which utilises programmable nanoparticles, is set to change all that.