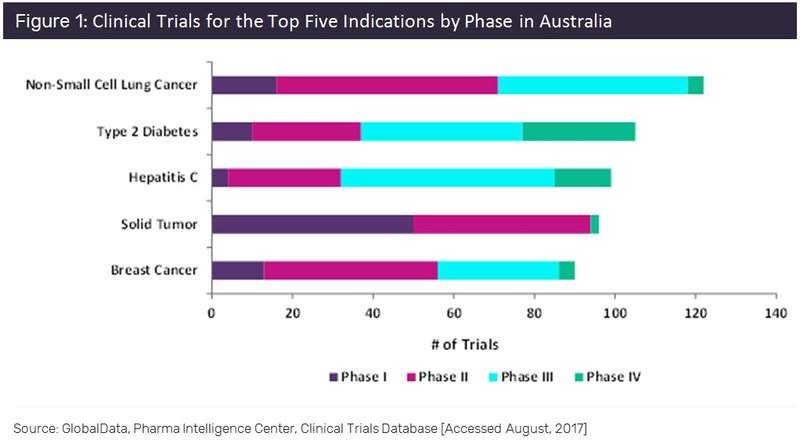 The largest number of global clinical trials overall took place in non-small cell lung cancer, with 122 trials, followed by type 2 diabetes, hepatitis C, solid tumour, and breast cancer. Phase II was the most frequent phase across the major indications, as shown in Figure 1, ranging from 26–48% of trials for each indication. Phase III was the second most frequent phase, making up 54% of hepatitis C trials. Phase I made up the highest percentage in solid tumour trials.

What you should read next

Hover over the logos to learn more about the companies who made this project possible.

What you should read next