Getting the right vaccines into the right people at the right time during a global pandemic is, unsurprisingly, proving to be a logistical challenge.

All of the Covid-19 vaccines widely available, with the exception of Johnson & Johnson’s (J&J) one-and-done jab, require two doses. The first dose primes the immune system and the second dose (usually administered a few weeks after the first) boosts it. The prospect of mixing vaccines doses offers a chance to bolster vaccine rollouts and, potentially boost the immunity provided, but evidence around the wisdom of this approach is scarce when it comes to Covid-19.

The US Centers for Disease Control and Prevention has warned against the mixing of vaccines unless there are “exceptional situations”, such as a shortage of the first-dose vaccine because of production or distribution problems. 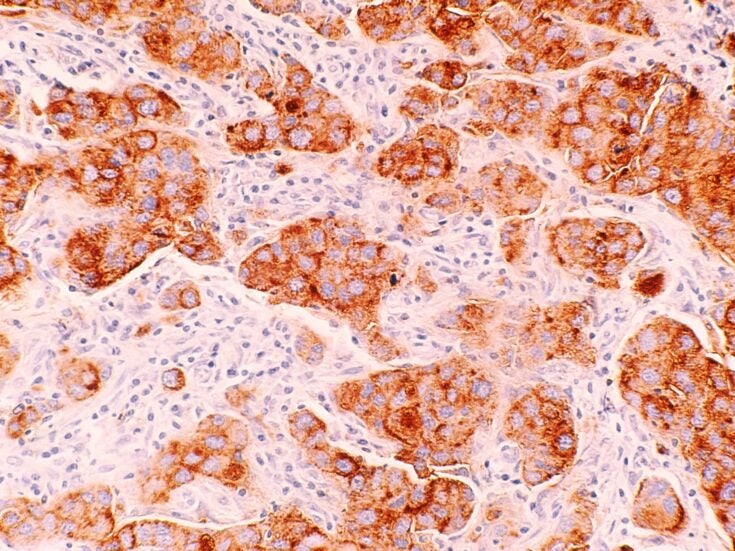 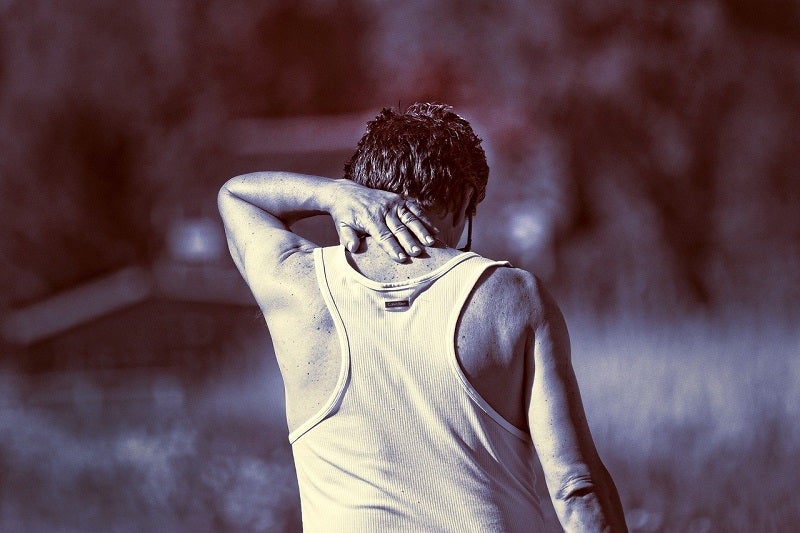 In the UK, Public Health England has taken a similar stance. After the government delayed second vaccine doses for up to 12 weeks so that more people could get their first jab and at least some protection, health officials acknowledged that, in exceptional circumstances, mismatched doses may be given to those who come in for their second booster only to find that the vaccine they originally had is not available.

While drug makers are churning out a variety of effective and mostly safe vaccines that have been administered to millions worldwide, there are undeniable bottlenecks in the supply chain and barriers to overcome if the rest of the world is to be fully vaccinated anytime soon.

Then, with situations such as the rare blood clot cases potentially linked to the AstraZeneca (AZ) and J&J vaccines, there are millions of people who have received a first dose of these jabs and may now be unable or unwilling to get a second.

Some experts are wondering whether flexibility in allowing mixed-dose vaccination might help people get fully vaccinated faster. Others have argued that mixing two different vaccines could actually do a better job of protecting against Covid-19 than sticking to the same one for all doses.

Covid-19 vaccines – those that have been approved and the ones still in development – use various methods and mechanisms to boost immunity. For example, both AZ’s and Pfizer-BioNTech’s vaccines prime the body’s immune system to target the coronavirus spike protein but target different parts of the spike.

AstraZeneca’s adenovirus vaccine uses a weakened version of a common cold virus found in chimpanzees (ChAdOx1) to present the spike protein to the immune system, while Pfizer’s mRNA-based vaccine delivers genetic instructions for making the spike protein and encourages human cells to produce it.

Royal Melbourne Institute of Technology (RMIT) vaccine researcher Dr Kylie Quinn has described Covid-19 vaccines as vehicles delivering cargo – the vehicles may be different, and they may drop off their payloads by different means, but the spike protein cargo is the same.

Because the cargo is identical, the vaccines should, in theory, work well together.

It does make some simple sense that sparking more than one arm of the immune system could boost immunity on the whole.

Mount Sinai Hospital epidemiologist and assistant professor of medicine Dr Dana Mazo explained to HealthLine that, in some cases, one type of vaccine can indeed enhance the effectiveness of another.

“There are two different types of pneumococcal vaccines that have different mechanisms of action, and in certain situations we recommend boosting one with the other,” she said.

The method paid off, and Sputnik V has been found to be one of the most effective vaccines at 91.6% and has been rolled out in Russia and 56 other countries.

This is not the first time the institute has used the strategy of using different viruses for each dose. In 2017, researchers at Gamaleya created an Ebola vaccine whose first dose contained an adenovirus and the second shot used another virus, called vesicular stomatitis virus.

However, it should be noted that Gamaleya has been criticised by researchers for using Ad5 following catastrophic trials conducted by Merck in 2007 involving an Ad5-based HIV vaccine that managed to somehow increase the risk of infection with the AIDS virus among some recipients.

Unsurprisingly, many experts remain skeptical about mixing vaccines. One important aspect to consider is the regulatory complications involved in mixing two different vaccines. What if one is authorised for emergency use and the other is not?

It is also unknown whether the notion of using two different vaccines that rely on two different underlying immunity-boosting platforms is actually counterproductive. But the most important unanswered question is whether mixing vaccines will cause unwanted adverse reactions.

Who is testing the mix-and-match theory?

Currently, in the UK, an eight-arm study assessing the mix-and-match theory is underway. The ambitious University of Oxford-run trial called Com-COV2 is testing various combinations of the vaccines currently approved in Britain – Pfizer-BioNTech, AstraZeneca and Moderna, as well as Novavax’s candidate, which is expected to be approved in the coming weeks.

The trial will enrol 1,050 adult subjects aged 50 years or older who received their first dose of a Covid-19 vaccine in the past eight to 12 weeks.

Recipients will have received either the Oxford-AstraZeneca or Pfizer vaccine and will be randomly allocated to receive either the same vaccine for their second dose or a dose of Novavax or Moderna’s jabs. If more vaccines are approved over the coming months, they may also be added to the trial.

In announcing Com-COV, University of Oxford associate professor in paediatrics and vaccinology and chief investigator on the trial, Dr Matthew Snape, cited experiments in mice in which combinations of the Pfizer and AstraZeneca vaccines boosted immunity better than two doses of either one alone. Now this cocktail and others are being tested in humans.

“If we can show that these mixed schedules generate an immune response that is as good as the standard schedules, and without a significant increase in the vaccine reactions, this will potentially allow more people to complete their Covid-19 immunisation course more rapidly,” Snape told the BBC.

“What I’m hoping is that we won’t rule out any combinations. That’s how we need to look at it: are there any combinations we shouldn’t be giving, because they don’t generate a good immune response? And I’m hoping that won’t be the case,” he added.

Results of the trial are expected in June this year.

Gamaleya and AstraZeneca have registered a pair of clinical trials in which volunteers will receive a dose of AstraZeneca’s vaccine and another of Sputnik V.

One trial in Azerbaijan is underway, and a second in Russia is still under review by the country’s ministry of health.

In Europe, meanwhile, the concerns around the safety of the AZ vaccine has prompted countries to either recommend dose-mixing or accelerate their research into the safety and efficacy of this approach. On 1 April, Germany advised that those under 55 receive an mRNA vaccine alternative, such as the Pfizer and Moderna vaccines, as a follow-up shot. Soon after, France recommended the same for people under the age of 60.

Meanwhile, Norway is awaiting the results of a clinical trial assessing the effectiveness of mixing vaccines before making a decision.

This week, government researchers in Spain said they will study the effects of mixing Covid-19 vaccines in response to the shifting guidelines on the safety of the AZ shot. The trial will draw on a sample of 600 participants of all ages with the objective to determine within 28 days whether a second dose of the Pfizer vaccine can be given to patients who have received the AstraZeneca vaccine.

For now, it’s too soon to tell whether mixing and matching vaccines is effective, more effective or safe. The world is watching these trials closely to see the outcomes.

“There is no reason to think it’s not going to work, and it might even work better – who knows,” theme leader of immunology at the Doherty Institute in Melbourne Professor Dale Godfrey told Australian newspaper The Age.

“Mixing the platforms does not contain any obvious, inherent risk,” he said. “But the main concern is it is not very well tested.”

The COVID-19 crisis triggered one of the worst peacetime recessions globally. Even as several economies tread the path to recovery, the surge in COVID-19 cases and emergence of new variants, coupled with geopolitical tensions, will continue to cloud the global outlook.  The Global Risk report uses GlobalData’s proprietary Country Risk Index to determine the existing and future level of global risk by assessing over 50 key indicators, including:   Use our Country Risk Index scores to help you understand future global risk and determine your business strategies, growth plans and investment portfolios.
by GlobalData
Thank you.Please check your email to download the Report.
Topics in this article: Clinical Trials Arena