The burden of diabetic macular edema (DME) among the diagnosed diabetic retinopathy population in the seven major markets (7MM: US, 5EU [France, Germany, Italy, Spain, UK], and Japan) is expected to grow between 2016 and 2026. GlobalData epidemiologists forecast an increase in the number of diagnosed prevalent cases of DME among the diagnosed diabetic retinopathy population, most notably in the 5EU and the US. Figure 1 presents the expected changes in the 7MM from 2016 to 2026. 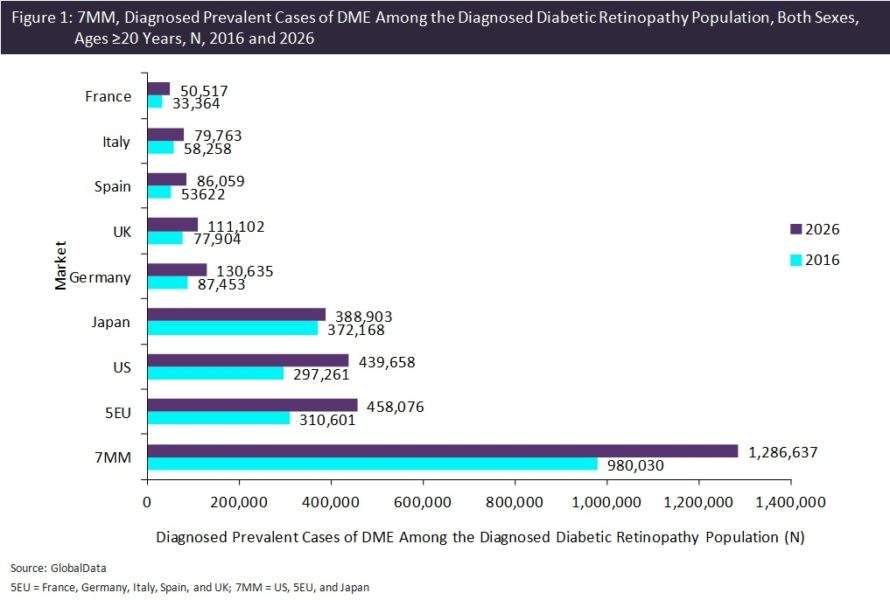 Macular edema (ME) is a condition characterised by the thickening and swelling (edema) of the macula, which is the area of the retina that is responsible for central vision. ME occurs when there is abnormal leakage and accumulation of fluid in the macula from damaged blood vessels in the nearby retina. The occurrence of ME is highly frequent in diabetics and usually manifests itself as DME. DME is often a complication of diabetic retinopathy, defined as a retinal thickening involving or approaching the center of the macula, and is the most common cause of vision loss in patients affected by diabetes mellitus, especially if left untreated.