Due to its large populace, the Chinese market has historically provided a lucrative, third wave of revenue for Western-developed drugs following their marketing in the US and Europe. But significant investment by the Chinese government, together with regulatory reform and international partnerships, has led to the development of multiple domestically developed Chinese agents in recent years, generating substantial competition for Western-developed drugs. The development of immune checkpoint inhibitors (ICIs) has been a strong focus of China’s research and development (R&D) strategy, with these very expensive agents being utilised across an increasing number of oncology indications.

Multiple domestically developed ICIs have now obtained approval from the country’s National Medical Products Administration (NMPA) (Table 1) and several more are in the pre-registrational phase, awaiting regulatory approval. Domestically developed, second-generation ICIs offer a significant price advantage over the Western-developed, first-in-class equivalents, as their inclusion on the National Reimbursement Drug List results in substantial discounts. To obtain a market share in this competitive landscape, Western-developed ICIs need to be competitively priced, balancing the loss of profit margin with a very large target population. The Chinese market is expected to be a diminishing source of ICI revenue for Western pharma companies in the coming years.

The growing question facing Western pharma companies is whether domestically developed Chinese ICIs will gain approval and be a source of competition in the US and European markets as well. In recent years, multiple international partnerships have been established between Western and Chinese pharma companies (Table 2), with the aim of marketing domestically developed Chinese agents across these markets. Despite this, the findings of the recent US FDA Oncologic Drugs Advisory Committee (ODAC) hearing, which assessed Eli Lilly and Innovent’s anti-PD-1 antibody sintilimab, have highlighted the significant barriers to FDA approval for Chinese-developed ICIs. The ODAC nearly unanimously recommended against the approval of sintilimab for the treatment of non small cell lung cancer on the basis of the ORIENT-11 Phase III trial. Significant concerns were raised over clinical trial diversity, clinical trial conduct and ensuring the appropriate comparator arm. These significant barriers will be faced by any Chinese-Western collaboration seeking FDA approval for an ICI. The hearing outcome demonstrates that FDA approval cannot typically be obtained on the basis of trials conducted exclusively in China, as the participants do not reflect the diversity of the US population.

Additional concerns were raised over fraudulent data in Chinese clinical trials, with the British Medical Journal (BMJ) reporting that 80% of Chinese clinical trials were fraudulent or substandard in a 2016 publication. With the standard of care (SOC) in most oncology settings in China often lagging several years behind the SOC in the US, the issue of the correct comparator arm was also raised. 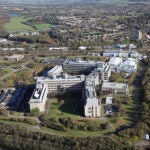 For domestically developed Chinese ICIs to be able to undercut the Western ICIs in the US and European markets, it is clear that trials in a ‘US-like’ population will be required. For FDA approval, the comparator arm must also contain the US SOC, rather than the Chinese SOC, as superiority or equivalence must be demonstrated. Western and China pharma collaboration early in drug development seems to be an important key to obtaining FDA approval, enabling trial set up in a ‘US-like’ diverse population. Scepticism over trial integrity would also be overcome by partnerships enabling US trial sites and protocols. While Chinese ICIs may change the landscape of Western pharma, GlobalData believes that the pathway to approval for these agents will be challenging, which may drive up the price of these second-generation agents, reducing their competitive advantage.

Impact of China on the Pharmaceutical Industry – Thematic Research
SUBSCRIBED