On the agenda at the 55th annual European Association for the Study of Diabetes (EASD) meeting in Barcelona, was a large multinational observational study.

The study found that cardiorenal disease is the most common cardiovascular manifestation that occurs first in type 2 diabetes (T2D). Due to the overall lack of knowledge surrounding cardiorenal disease in those without established cardiovascular disease (CVD), the study aimed to investigate the development and mortality rates associated with heart failure (HF) and chronic kidney disease (CKD ) in T2D patients.

The study concluded that in T2D patients without a history of CVD, cardiorenal disease is consistently observed as the most common CVD manifestation and is associated with a significantly increased risk of all-cause death. Cardiorenal disease is clearly a major comorbidity associated with T2D, and GlobalData is confident that more CVD and renal outcome trials will be initiated by drug developers to address this increasingly prevalent comorbidity, thereby bolstering the uptake of the currently available T2D therapeutics. Sodium-glucose co-transporter-2 (SGLT-2) inhibitors and glucagon-like peptide-1 (GLP-1) receptor agonists are two T2D drug classes that have increasingly demonstrated strong efficacy in recent T2D and cardiovascular risk outcomes trials. Despite advances being made by several large drug companies in the T2D space, GlobalData believes that there is still a clear and unmet need for therapies that fully address cardiorenal disease secondary to T2D. 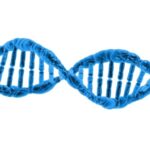 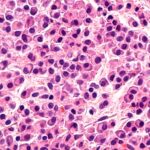 Comment
BMS positioned to lead in the multiple myeloma market