Many girls may be missing a diagnosis of growth hormone deficiency (GHD), a disease that occurs when not enough growth hormone is produced in the pituitary gland, impacting both children and adults.

In children, boys disproportionately represent the diagnosed prevalence of GHD throughout the three major markets (3MM), namely the US, Germany and Japan. According to GlobalData, which uses peer-reviewed articles based on data from several robust international epidemiological databases for children using growth hormone replacement therapy, the number of boys diagnosed with GHD is roughly double that of girls. Yet according to the National Organisation for Rare Diseases, the true prevalence of GHD should be about equal. This skew towards boys indicates that there may be a gender bias when diagnosing GHD in children in these countries.

GlobalData’s epidemiological forecast for the 3MM, which will be published imminently, estimates a total of 49,700 diagnosed cases among children under 19 years of age in 2030. Of these, boys make up roughly 74% of the diagnosed cases, totalling around 36,700. This trend was similar across the three markets. 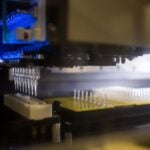 While it could be the case that males genuinely have a higher prevalence of GHD due to the inheritance of Type III GHD linked to the X chromosome, the impact of this subtype is much smaller than would be necessary to account for such disparity. In the US, for example, only around 12% of diagnosed GHD cases are congenital, let alone Type III GHD. A 2016 study in Karger by Ranke and colleagues indicates that the significant male prevalence in prepubertal children treated with growth hormones is not explained by the underlying diagnoses, and argues that it may be due to a lack of understanding of gender biases in diagnosing GHD.

Similar to Ranke and colleagues, in a 2008 study in the Journal of Endocrinology and Metabolism, Grimberg and colleagues established that the factor that most consistently affected the gender distribution was an idiopathic indication. Such a disproportionate number of boys diagnosed with idiopathic GHD suggests they are more likely to be referred to specialists after displaying abnormal growth patterns without an organic cause, particularly as the diagnosis is often delayed until the patient’s short stature is noticed with respect to their peers.

Such diagnostic bias may be detrimental to girls beyond mere height. While GHD is generally associated with short stature, it can be caused by intracranial tumours and may also result in life-threatening adrenal crises and hypoglycaemia. As such, the diagnosis of GHD is imperative to a child’s health and underscores the potential adverse effects of such disparity. In the US, UK and 4EU (France, Germany, Italy and Spain) alone, diagnosed cases are expected to total more than 37,500 by 2030, according to GlobalData. This means that there are potentially thousands of girls who will not be adequately diagnosed with GHD if the current disparity in GHD diagnosis continues.