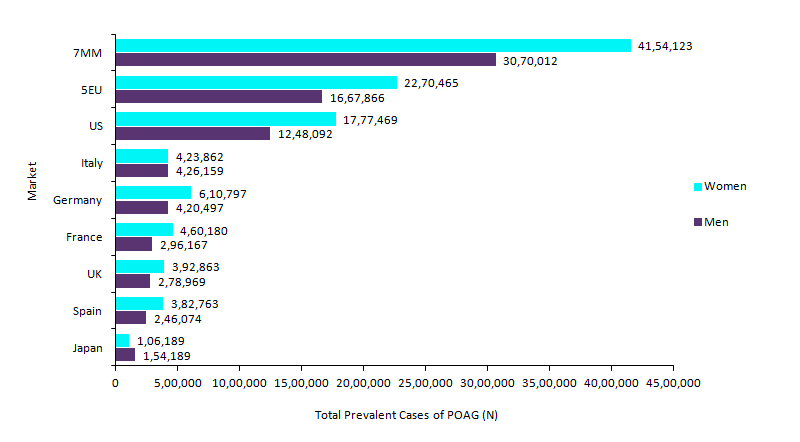 Glaucoma is a common, asymptomatic group of eye diseases that causes damage to the eye’s optic nerve, resulting in progressive, irreversible vision loss. Glaucoma is one of the leading causes of blindness worldwide, especially in elderly people. Glaucoma is generally categorized as open-angle glaucoma (OAG), angle-closure glaucoma (ACG), or secondary glaucoma (SG).

OAG and ACG can be classified as primary glaucoma, specifically primary open-angle glaucoma (POAG) or primary angle-closure glaucoma (PACG), or as SG, depending on the cause. OAG accounts for approximately 80–90% of all glaucoma cases. Glaucoma appears to be more common in women.

Current evidence suggests there is no clear gender predilection for OAG. Researchers have speculated that decreased estrogen exposure could be associated with increased risk for OAG in women, yet population-based studies have presented inconsistent results. In the absence of a strong medical explanation, GlobalData believes that the higher prevalent cases of OAG in women is related to women having a longer life expectancy, a higher female to male population ratio, or the greater health awareness and diagnosis of cases in the women.