KalVista Pharmaceuticals’ KVD900 for hereditary angioedema (HAE) triggered reservations over Phase II potential, with most experts expressing hesitance either around the Phase I data’s read-through or preferring a different Phase II trial design.

HAE is characterised by recurrent episodes of severe swelling (angioedema). The most frequent areas of the body to develop swelling are the limbs, face, intestinal tract and the airway.

While all five interviewed experts agreed that the Phase I data was promising, four pointed to various caveats to Phase II (EudraCT 2018-004489-32) success. The fifth expert was more optimistic, agreeing with positive analyst reports. While he said the Phase I data could be extrapolated to Phase II’s chances despite the former excluding women, two other experts noted uncertainty on predicting future results considering Phase II enrols both men and women.

Nonetheless, focusing on men in Phase I allowed for cleaner data, given fluctuating oestrogen levels in women, experts explain, adding the strategy was likely to prevent pregnancy complications. However, the Phase I being a pharmacokinetic/pharmacodynamic (PK/PD) trial in healthy volunteers also limits read-through to Phase II. 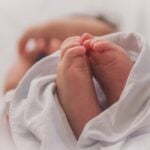 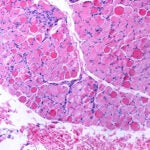 The Phase II’s primary endpoint of time to use of conventional HAE treatment over 12 hours also triggered mixed sentiments. Three experts said alternative endpoints would have been more appropriate, and noted 48 hours would have been better to test for rebounds.

Phase II data is expected in late 2019, according to an analyst report, while a 9 September company release noted enrolment will likely complete in late 2019.

KDV900 is predicted to reach global peak sales of $1.1bn in 2035, according to another analyst report. KalVista’s market cap is $243.2m. The company did not respond to a request for comment.

The Phase I, which was a safety trial, showed early efficacy signals besides just a positive safety profile, experts agreed. However, the exclusion of females means it is difficult to determine the possible outcome for the Phase II trial, which includes both men and women, said Dr Teresa Caballero, allergist, Hospital Universitario La Paz, Madrid, Spain. Phase I data on females would have been preferable to understand the potential drug effects, added Dr Teresa Gonzalez-Quevedo, coordinator, Andalusian Reference Unit of Angioedema, Hospital Universitario Virgen del Rocío, Spain.

Genders can respond differently to treatment, Caballero noted. Females have worse disease expression, said Gonzalez-Quevedo. Oestrogen affects every kind of angioedema and is especially influential in angioedema that is caused by a deficiency of C1 inhibitors, as is the case with HAE, Gonzalez-Quevedo added. The Phase II is focused on types 1 and 2 HAE. Oestrogen levels can indeed influence the cause and severity of HAE attacks, added Dr Anna Valerieva, assistant professor, Medical University of Sofia, Bulgaria.

However, the absence of female volunteers is favourable for the Phase I, as that allows for better overall test control, Valerieva said. Fluctuating levels of oestrogen render females unpredictable test subjects for HAE, she noted. Caballero agreed, but said it does not influence the half-life or pharmacokinetics (PK)/pharmacodynamics (PD) of the drug.

The exclusion of females from the Phase I also reduced pregnancy complications, explained Dr Jonathan Bernstein, allergist-immunologist, Bethesda North Hospital and Christ Hospital, Cincinnati, Ohio. Investigators could have included women and mandated contraceptive use, but oestrogen-containing contraceptives would have had to be barred, Bernstein added. Caballero agreed the exclusion of women in Phase I was likely related to pregnancy worries.

Bernstein differed from Caballero and Gonzalez-Quevedo, noting there should not be much difference between the Phase I results and Phase II results, despite the forming excluding women. Valerieva and Dr Maria Staevska, associate professor, Clinical Centre of Allergology, Medical University of Sofia, did not respond to follow-up questions about the interpretability of the all-male Phase I data for Phase II.

Besides the Phase I study’s exclusion of females, other factors limit result extrapolation for the Phase II, experts said. Considering the Phase I was only a PK/PD study, it is difficult to draw efficacy conclusions, Valerieva said. Furthermore, Caballero and Bernstein said HAE patients have kallikrein in their system activated, so are distinct from healthy subjects. The Phase I included eight cohorts of eight healthy volunteers each, with six cohorts on active drug and two on placebo.

Still, experts agreed the Phase I results are promising, with Staevska noting most inhibitor treatments currently on the market produce effects rather slowly, with the first signs of treatment detected at between 30 and 40 minutes. In Phase I, KVD900 achieved 2x inhibitory concentration (IC50) at approximately the 20-minute mark, according to the first analyst report. In a corporate presentation in August, KalVista stated this result was reached at around 10 minutes.

Both the report and presentation compared these results to King of Prussia, Pennsylvania-based CSL Behring’s injection Berinert (complement C1 esterase inhibitor), which reached approximately 2x IC50 within 48 minutes, according to the first analyst report. KVD900 is meant as an on-demand, oral treatment for acute HAE, which can last between two to five days.

Although Phase I safety data seemed positive, KVD900’s safety profile is not differentiated from available on-demand treatments, said Caballero, Bernstein and Staevska. It is too early to draw safety conclusions, Valerieva said. No serious adverse events were reported and no patients withdrew from the study, according to the aforementioned company presentation. Of the 23 treatment-emergent adverse events in the trial, one was moderate (a headache at the 10mg dose). Other than the headache, the first analyst report also noted there were 44 mild events. There were no clinically significant changes in vital signs, electrocardiogram (ECG) or laboratory parameters. KVD900 is being tested at the 100mg dose in the Phase II trial.

The 50-patient, randomised, double-blind, placebo-controlled Phase II has a primary endpoint of time to use of conventional HAE treatment, which also raised questions among experts. Valerieva preferred a reduction in symptoms during an attack and cessation of the attack as endpoints. An 85% reduction in symptoms would be significantly efficacious, Caballero said, while Bernstein noted even 80% reduction would be relevant.

Staevska said she would also measure the reduction in the length of an attack. Caballero agreed the current endpoint is poor, adding time to the next attack would be preferable.

However, length of attack is hard to measure because it is difficult to tell whether symptoms signify a single attack that has rebounded or a new attack altogether, Gonzalez-Quevedo said. Reduction in symptom severity is also difficult for correct and equal evaluation, she added, saying she prefers the current endpoint of time to rescue medication. While the secondary endpoints list on the trial page does not include a reduction in symptom severity, it does include the time between treatment and progression of global attack severity on the 5LS. Bernstein agreed with Gonzalez-Quevedo, noting the trial’s primary measure is suitable.

Three experts also took issue with the 12-hour primary outcome time point. Other on-demand HAE clinical trials have utilised a 24-hour time point, but 48 hours would be preferable to allow for the observation of potential attack rebounds, Caballero noted. Although it is difficult to confidently differentiate between attack rebounds and entirely new attacks, Valerieva and Gonzalez-Quevedo said they also favoured a 48-hour timeline.

However, time points depend on drug mechanism and speed, and the drug’s effects will wear off after 12 hours, Staevska said. Since patients will be treated for multiple HAE attacks for the entire duration of the trial, investigators will be able to capture information about rebound attacks regardless of time point, Bernstein said.

by Ayisha Sharma and Jennifer C. Smith-Parker in London

Ayisha Sharma is a Reporter and Jennifer C. Smith-Parker is Senior Editor for Clinical Trials Arena parent company GlobalData’s investigative journalism team. A version of this article originally appeared on the Insights module of GlobalData’s Pharmaceutical Intelligence Center. To access more articles like this, visit GlobalData.