As of 21 December, the likelihood of approval (LoA) for TG Therapeutics’ Phase III anti-CD20 monoclonal antibody for relapsing multiple sclerosis (RMS) in the US rose 10 points, according to GlobalData’s LoA data. The score change was based on topline results of two late-stage studies, called ULTIMATE I & II, evaluating ublituximab compared to Sanofi’s Aubagio (teriflunomide).

On 10 December 2020, TG announced that both ULTIMATE I and II met their primary endpoint, with ublituximab demonstrating a statistically significant reduction in annualised relapse rate (ARR) over a 96-week timeframe. Ublituximab therapy led to an ARR of <0.10 in each of the two studies, with a relative reduction in ARR of approximately 60% and 50%, respectively, over Aubagio.

While the LoA prior to this news was 54%, GlobalData’s analysis using a combination of machine learning and a proprietary algorithm has raised the LoA to 64%. Further analyses of ULTIMATE I & II, including safety and secondary endpoints, will be done and detailed results will be presented at an upcoming medical congress, aimed for the 1H, according to the company statement. Additionally, the studies’ results are intended to support a mid-year BLA filing. GlobalData forecasts peak sales of $871m in 2026. TG Therapeutics’ market cap is $6.63bn.

by Jennifer C. Smith-Parker is Senior Editor  for Pharmaceutical Technology parent company GlobalData’s investigative journalism team. A version of this article originally appeared on the Insights module of GlobalData’s Pharmaceutical Intelligence Center. To access more articles like this, visit GlobalData. 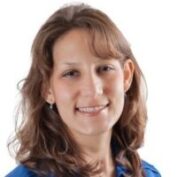 Jennifer C. Smith-Parker is an award-winning healthcare editor for GlobalData Media with 15+ years of expertise in the US and European pharmaceutical, regulatory and pricing/reimbursement sector.
SUBSCRIBED