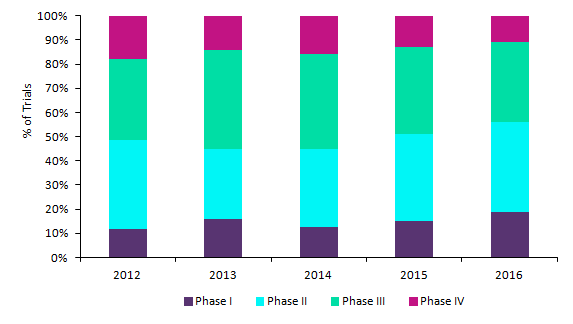 During an analysis of 3,199 clinical trials in Australia from 2012 to 2016, GlobalData analysts found that Phase III trials outnumbered all other trials overall, making up 33%–41% of the trial types during the period.

View All
View All

DLBCL: a rapidly evolving treatment landscape with a crowded pipeline