GlobalData has compiled a summary of clinical trials in New Zealand. GlobalData captured records of 1,016 clinical trials across all diseases and phases that had a start date between 1 January 2012 and 31 December 2016.

In this report, a small number of Phase 0, Phase I/II, Phase II/III, and Phase III/IV trials were combined with Phase I, Phase II, Phase III, and Phase IV trials, respectively. Overall, Phase III trials outnumbered all other trials, making up 40–48% of the trial types across the period. The share of Phase II trials was second, ranging from 24–39%, and hitting its lowest percentage in 2014, as shown in Figure 1. The share of Phase I trials increased from 10% up to 26% over the five-year period, while Phase IV trials decreased from 13% in 2012 to 5% in 2016. 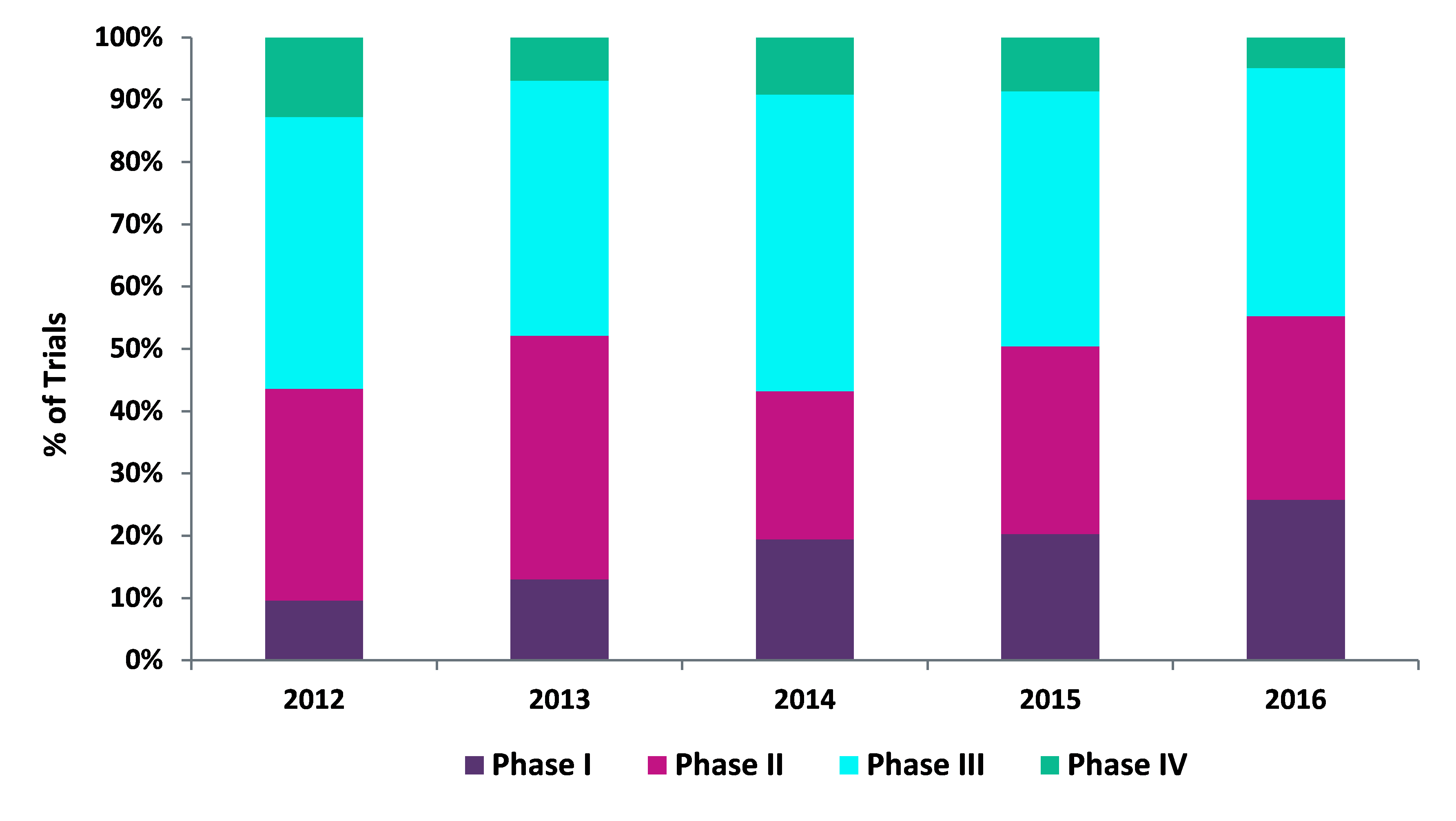 US ahead with largest number of late-stage Covid-19 vaccines

24 Nov 2020
Registration is disabled.
We use cookies to ensure that we give you the best experience on our website. If you continue to use this site we will assume that you are happy with it.ContinueLearn more