The interplay of psychotherapy and pharmacology in treating mental health conditions such as post-traumatic stress disorder (PTSD) has long been a point of focus for scientific researchers and drug developers alike.

The pipeline for PTSD includes several therapies intended to be administered alongside psychotherapy to maximize positive outcomes for patients with common comorbidities such as anxiety and depression.

The US National Institute on Alcohol Abuse’s AM-3506 and Sanofi’s SAR-411298 are both at the preclinical stage of development for PTSD. 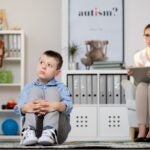 Comment
Failure for Servier and Neurochlore’s autism drug, but potential remains in market

Anandamide is an endocannabinoid and neurotransmitter that can exhibit numerous effects in the central nervous system (CNS). As a psychoactive lipid, anandamide is known to play a role in memory consolidation, regulation of feeding behaviour, and motivation and reward pathways. Low levels of anandamide have been linked to anxiety and increased sensitivity to pain.

Research into treating psychiatric disorders such as PTSD and anxiety has led to the development of therapeutics that target FAAH, the enzyme that breaks down anandamide. In a randomized, placebo-controlled, double-blind experimental study coordinated by researchers at Linköping University in Sweden, healthy participants were given SpringWorks Therapeutics’ PF-0445784. PF-0445784 is being developed for drug addiction, which is a common comorbidity in PTSD. Before this, participants were conditioned to associate an unpleasant sound with a predetermined colour as a way for researchers to mimic the physiological mechanisms that induce symptoms such as hyperarousal, hypervigilance, and tachycardia that are often seen in patients living with PTSD.

Treatment with PF-0445784, which inhibits FAAH, the enzyme that breaks down anandamide, was given over 10 days. Physiological signs of stress such as elevated cortisol levels were traced by investigators, who found that hyperarousal in the presence of the colour associated with the unpleasant sound was reduced in participants who received PF-0445784. In this way, participants were able to unlearn the behavioural patterns that linked the unpleasant noise with the specific colour used in the study. Therefore, it was concluded that inhibiting FAAH may have promise in treating PTSD alongside assistive psychotherapy, which is the first-line treatment offered to patients all over the world.

GlobalData estimated the value of the PTSD pharmacotherapy market across the seven major markets (7MM: the US, France, Germany, Italy, Spain, the UK and Japan) to be $211.4m in 2018, excluding the sales of off-label therapeutics. The PTSD market is expected to grow to reach $1.2bn by 2028 in the 7MM. Although FAAH inhibitors are at an early stage of development for PTSD, their antihypertensive effects and ability to reduce sympathetic muscle tone show promise for treating both CNS and non-CNS indications, such as emesis and DiGeorge syndrome.